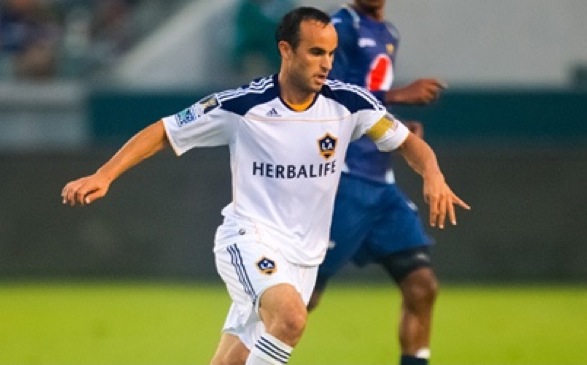 “This is a very a good game for our team,” Galaxy head coach Bruce Arena says afterward. “I thought we played real well for an extended period of time. Never got that second goal…”

The win helped the Galaxy clinch a spot in this season’s playoffs, and they are the first club to do so in MLS in 2011. Los Angeles is now 15-3-10 for the year with a league-best 55 points; they remain in first place of the Western Conference.

“It’s nice. It’s good to have that out of the way. Every year the first goal at top of the list is to make the playoffs, and we can cross that one off,” Donovan confesses.

But Donovan and the team want more, much more.

“We’ve also put ourselves in a better position now to win the Supporters’ Shield,” he adds. The Supporters’ Shield is practically home-field advantage for the team with most points after the campaign ends. Additionally, the Galaxy could very well reach and play at the MLS Cup, which will be held at their home stadium.

Nine minutes before halftime came, Donovan found the back of the net, and he is now tied for the lead in goals with New York striker Thierry Henry. A combination of passes led to Donovan’s tally from the left side of the box close to the penalty area. Both Sean Franklin and Chad Barrett were credited with an assist.

“It was big game for us tonight,” David Beckham states. Los Angeles next faces Mexico’s Monarcas Morelia on Tuesday, Sept. 13, south of the border in CONCACAF Champions League action. They host Vancouver Sept. 17 at 7:30 p.m.