Placing Second Can Be Sweet 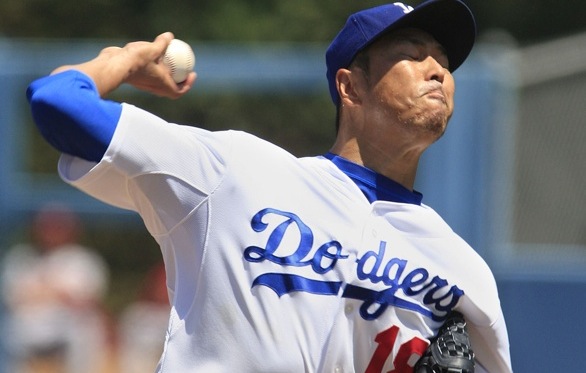 Dodger pitcher Hiroki Kuroda
(Credit: Gary Friedman/Los Angeles Times/MCT)
After winning twice in San Francisco against the Giants, the L.A. Dodgers gained ground on the defending World Series Champions. With a 72-73 record, the Dodgers are looking to end September and finish the season on a remarkable run despite the organization’s entire mess of a year. So what is ahead for the Dodgers?

Los Angeles has 16 games remaining, and 10 of those are at home against the Arizona Diamondbacks, Pittsburgh Pirates and San Francisco Giants. They close out 2011 on the road with stops in San Diego against the Padres and the final three games in Arizona.

The Dodgers could very well place in second in the National League West division. Arizona is the sure winner of the division, but the recent struggles of the Giants signify that second is still up for grabs. Los Angeles can do it.

Led by their pitching ace Clayton Kershaw, L.A.’s starting rotation has been very solid of late. With his 18-5 record – that includes a 2.36 ERA, 231 fanned batters and 213.2 innings tossed – Kershaw is clearly a Cy Young candidate for the NL. But others have done their jobs as well.

Right-hander Hiroki Kuroda eats up innings and pitches well enough to win nearly every time he is on the mound. Ted Lilly and Chad Billingsley have each improved since the first half of the season when they struggled. And the young guns are up and running again, led by closer Javy Guerra and his 18 saves.

Since joining the club in the big leagues, Nathan Eovaldi and Dana Eveland have produced above par results for the Dodgers. This has been a plus because both Vicente Padilla and Jon Garland have been injured the entire season.

As usual, centerfielder Matt Kemp, an NL MVP candidate, has been the carrier of the offensive production. Nevertheless, the likes of Rod Barajas, Dee Gordon, James Loney, Aaron Miles, Jamey Carroll and Juan Rivera have given the boys in blue hope.

For the Dodgers, placing second could mean winning the battle out west.