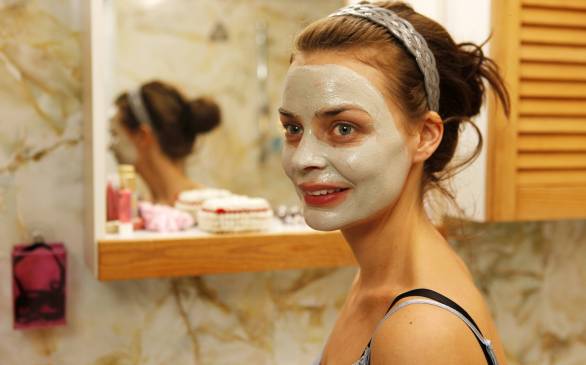 A subtitled dark comedy with an original title of Sykt Lykkelig set in the frigid Norwegian backwoods may not be keywords to describe an American chart-topping blockbuster hit. They do however, describe Norway’s contender for next year’s Best Foreign Language Film Oscar, an award that counts Amélie and Pan’s Labyrinth among its recipients.

First-time director Anne Sewitsky produced an unpredictably witty movie that thematically addresses serious issues such as infidelity, homosexuality, loneliness and racism. These all may sound pretty weighty for something that’s supposed to be funny, but with the support of an enchanting cast backed by impressive writing, Happy, Happy will have you laughing as you root for all of the main characters despite their respective shortcomings (They also live where snowflakes seem to ceaselessly drop from the sky, thickly covering everything in sight so you don’t really blame them too much anyway.).

Kaja, played charmingly by Agnes Kittelsen, endears with her trying smile and unwavering effort to make herself, and everyone around her, happy. As the movie proves however, shit happens even to eternal optimists. Growing up from one foster home to another, Kaja ends up with a husband who refuses to have sex with her, resulting in a yearlong dry spell blamed on a past bout with a yeast infection.

Happy, Happy delivers the goods, but as most dark comedies go, the casual spectator must endure moments of seemingly endless uneventful scenes. It’s smart, but not quite as stylistically alluring as Amélie nor as awe-inspiring as Pan’s Labyrinth. It is a lovely film in its own right just going by the amazing talents behind it, and if you’re ever in the mood to see a quirky Norwegian sex comedy, then this film is your best bet – just don’t expect a double dose of “haha” happy by the end of it.