Brooke Lyons: A star is born. 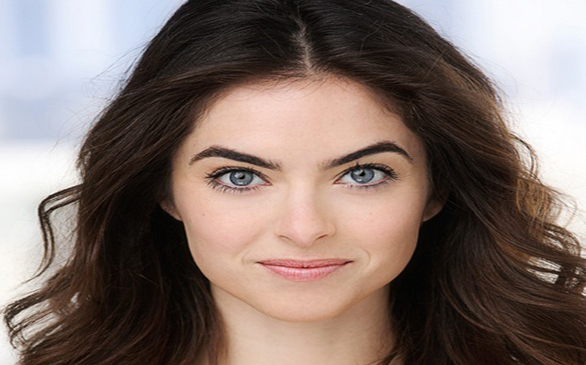 Today’s actor faces a lot more challenges along the way than ever before. Take into consideration the popularity of reality shows, the cancellation of soap operas and numerous comedy or drama series getting the axe after a couple of episodes. As a result you have an environment with less jobs available for someone trying to be a full-time working actor.

But with a growing market for TV shows on the Internet and the success of independent film, there are many other ways for today’s actors to showcase their talent. In Hollywood people take notice of actors who show their versatility through various roles. Meet one actress, Brooke Lyons, who has impressed many in and out of the industry with her talent, openness and good old-fashioned hard work.

In college, I was open to lots of new things. I found myself immersed in a rich theater community, and one day I thought, “I’m going to audition for a play.” I had been a dancer for a long time before that and was familiar with performing but had never spoken a word onstage. I auditioned, got a wonderful role in Neil Simon’s “Rumors,” and was hooked.

What are some projects you’ve done in the past that you see as huge stepping-stones to where you are now?

It’s hard to assign weight to the stepping-stones, even retrospectively. All the things I’ve done, the people I’ve known, the teachers I’ve had and the growth I’ve experienced have led me to the present moment. What I can say is this: There’s a lot of talk about “arriving” in this business. In my opinion, we’ve all already arrived, and we’re constantly in a state of arriving. It’s less a mountain and more a river – always flowing, constantly changing shape, every molecule somehow connected to every other.

I’ll always remember the first big movie I did. It’s a Universal comedy called Welcome Home, Roscoe Jenkins. They flew me first class to Louisiana and put me up there for about two months while we filmed. Every day, I got to work with James Earl Jones, Margaret Avery, Martin Lawrence, Cedric the Entertainer, Joy Bryant, Michael Clarke Duncan, Mo'nique, Mike Epps, Louis C.K. … To be there, learning from these amazing actors and comedians was incredible. That’s when I got my sea legs, and it all became real. Another memorable moment involved working with Debra Messing on an episode of her show “The Starter Wife.” I just love her and think she’s a genius. So that was a good week.

Where do I begin? I could talk to you about this for hours. I was reading an L.A. Magazine article on Josh Radnor from “How I Met Your Mother.” He summed it up nicely. He said, “If you know who you are, then it’ll work out.” He’s right. On your path, you’ll meet many advice-givers and commentators. It’s important to listen and learn. But above all, cultivate your intuition; know who you are and why you’re doing this. Find your voice, and honor that voice.

I think it’s important to have a five-year plan, 10-year plan, career goals, life goals, etc. That said, I have no idea where I’ll be in 10 years! Part of the magic of this whole enterprise is that element of possibility, of the beyond-what-you-imagined, of the surprises around every corner. I hope to be happy and healthy, involved in creative projects that challenge and inspire me, contributing my very best work and enjoying life with the people I love.