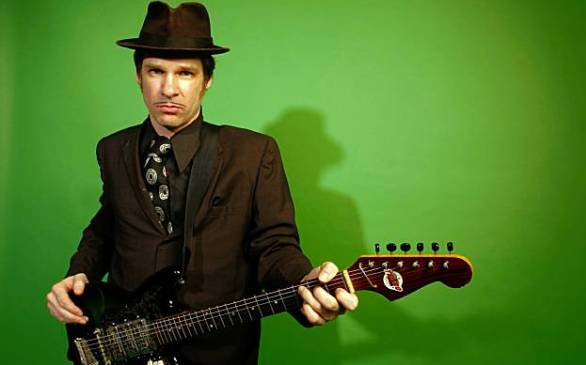 Jack Oblivian – what a great name for a musician! Jack Yarber saw the possibilities of the name years ago, and he even changes the spelling to ‘oblivion’ from time to time when it suits the tenor of whatever band he’s in. The name tends to conjure a punk image, but Oblivian is better described as a blue collar rocker who prowls the same streets that Southside Johnny once did or on the other side of the pond, the gritty alleyways that inspired Graham Parker.

“Rat City” is appropriately frenetic as Oblivian chants the title and a few other lyrics over a stew of buzzing guitar riffs that would be right at home on an Iggy Pop song. “Mass Confusion” is sort of an extension of “Rat City” except that instead of riffing on guitar Oblivian takes an impressive (and wild) solo.

Oblivian is Memphis-based and the soulful side of Rat City comes out on “Dark Eyes” where he sounds especially like Parker and on “Kidnapper” where he channels the spirit of early Springsteen. “Crime of Love” sounds like something the late great Willy DeVille might have done, “Girl With the Bruises” is Clash-like in its arrangement and the extremely catchy “Moses and Me” uses a psychedelic echo effect on the vocal that recalls Tommy James’ “Crimson and Clover” – quite a boatload of influences on display here; but all of them good ones. In the end, Rat City turns out to be a very cool place to visit.