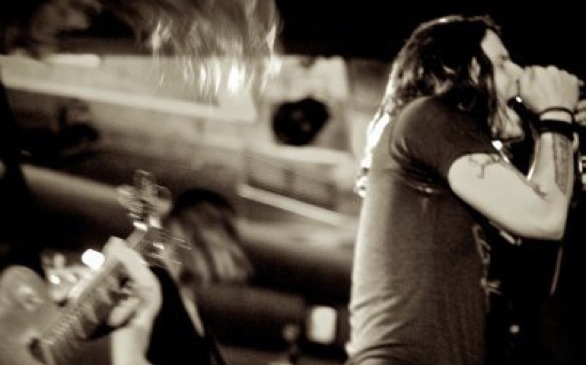 The band’s name conjures the image of some sort of robo-monkey, but Ape Machine came about their moniker in a completely simian-free manner. The group prefers to record on vintage equipment, and Ape Machine (“tape machine” with the “t” lopped off) is merely an inside reference to their particular technical bent.

There is a thousand pound gorilla in the mix though; Ape Machine plays a kind of heavy rock whose genesis can be traced directly back to one of the genre’s founders – Black Sabbath. Singer Caleb Heinze has a way with his phrasing that indicates he’s picked up plenty from Ozzy Osbourne; you might think the influence is subconscious until you hear the band lurch through “Hold Your Tongue” and “The Sun” like Ozzy’s Iron Man is rampaging through the studio.

Not everything is a Sabbath attack though; “Black Night” with its screeching guitar and warbling organ fills sounds like vintage Deep Purple while the brief “No Sugar in My Coffee” demonstrates that Ape Machine, like most early hard rocks acts, realizes that some of their best riffs are derived from the blues.

War to Head is currently available.