Get Set Go: Fury of Your Lonely Heart 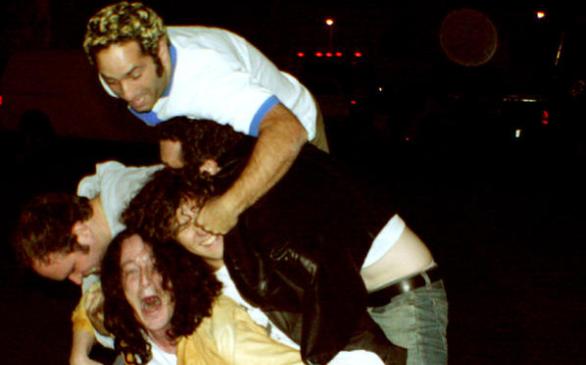 It’s a little bit ironic that Get Set Go’s brush with fame, the song “Wait,” isn’t even on one of their own albums; the down tempo, McCartney-esque tune is a one-off that the band placed on the “Grey’s Anatomy” soundtrack that came out in 2005, and the show’s Dr. Bailey character (Chandra Wilson) sang her own version of the song during “Grey”’s “musical event” episode last season. The band has developed a different sound over the past half decade, and a lot of that has to do with moving viola player Eric Summer to the forefront. “Fury of Your Lonely Heart” is a showcase for Summer, where he gets to lead the song’s melody but also take some rock star-style solos; on the Celtic-flavored “Lock Up Your Daughters” Summer plays in the traditional Irish style and on “Stone of Suffering” he puts his classical training to good use.

It seems that the musical partnership between Summer and singer Mike TV is much tighter than before; even on the Police-like “We Will Be Stars” TV’s honeyed vocals are pushed to another level backed by the viola. Get Set Go is an American band, but much of this record sounds British, like a Verve/Hollies mash-up, due in part to TV having a voice and relaxed singing style reminiscent of Graham Nash, the Englishman from Crosby, Stills & Nash.

Fury of Your Lonely Heart is currently available.