Halloween, Alaska: All Night the Calls Came In

(Amble Down)
By Kristina Bravo 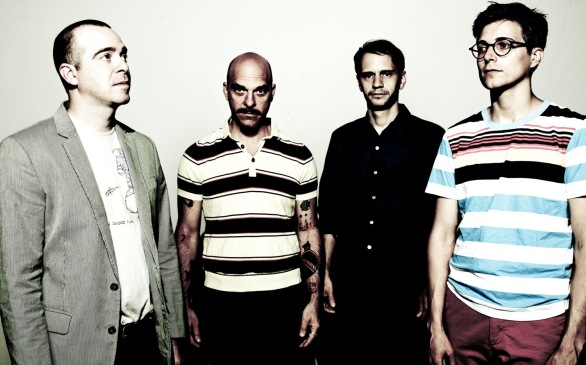 Listening to the music of a band called Halloween, Alaska is just how it would seem: It sounds like a cross between the kookiness of the supposed freakiest night of the year and cold weather. It’s electronic, ambient, dark and upbeat - all at the same time.

This band from Minnesota has been around, releasing their first album in 2004, with tracks that have been featured on the television series “The O.C.” Their latest, All Night the Calls Came In, is a solid effort that would sure make its way to the ears of old and new fans alike even without the promotion of a teen drama.

The opening track, titled “You Are Not Well,” contains just the right amount of moodiness that has a certain quietness - inviting enough to have the listener staying tuned to the rest of the album. The fourth track, “Empire Waist,” is mellifluously catchy, the kind that would play in your head all day. The 10th and last song, “In Your Sleep,” ends the track list on a high note, concluding the album with a masterful blend of haunting vocals, addicting guitar and crisp and clean drum beats, all in their special, understated way.

All Night the Calls Came In is refreshing against a sea of in-your-face sounds permeating today’s industry, offering wonderfully fluid and feel-good music that is, well, music to your ears.

All Night the Calls Came In is currently available.