Kaura: That Which Defines Us 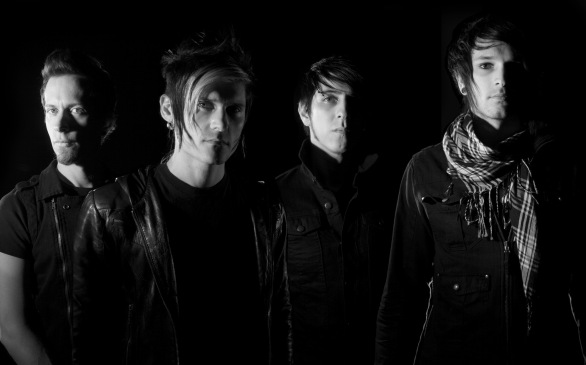 Kaura plays modern hard rock, the kind that will garner them radio play right along with the Sevendusts and the Seethers of the world, but there are a couple of very noticeable differences that separate Kaura (pronounced kay-aura) from the rest of the hard rock heap.

Firstly their music is subtly positive; you would be hard pressed to hear any anger or hopelessness in the voice of singer Malcolm Guess, even though songs like “Apathy” and “Tether’s End” lyrically deal with less than rosy situations. The other thing that Kaura does here that stands out is use a bunch of instruments that aren’t normally heard on hard rock records or on popular records period. The album’s intro cut “Invocation” uses the didgeridoo to eerie effect and “Sera Phi” incorporates hammered dulcimer into the melody. If you listen closely you’ll hear gamelan bells, tabla and tribal drums sprinkled throughout; Kaura picked up the exotic instruments during their world travels.

This debut recording comes with a bonus DVD containing videos for some of the album’s cuts along with performance footage showing some of the offbeat instruments in use.

That Which Defines Us is currently available.