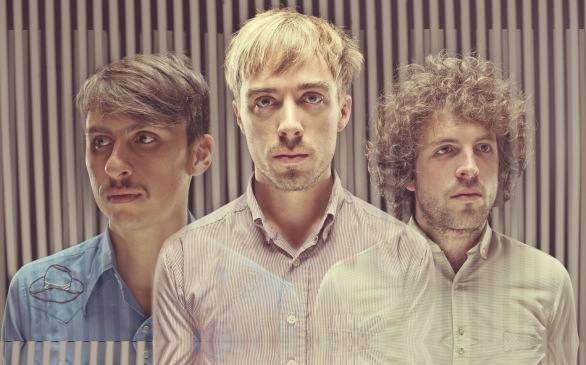 Aaron Chapman is the guitarist for Nurses, but he didn’t take that role, as such, in the making of Dracula. Chapman and band mates James Mitchell and John Bowers made Dracula not by writing songs on guitar or keyboard in the typical manner; rather they collected snippets of ideas and moved them around until something formed.

The result is a Modest Mouse-y kind of record that displays moments of experimental pop genius like “You Lookin’ Twice” where the song was clearly built around its quirky beat. “So Sweet” with its loping rhythm and airy melody sounds like tropicalia music from outer space, while “Trying to Reach You” heads in the opposite direction with a funky overtone informed by Memphis soul.

Chapman is also the band’s singer, and most of his vocal work here is uplifting even though much of the music comes off as moody. Chapman also has an unusual nuance to his voice, an odd sort of helium-esque inflection that he invokes in a couple of places on Dracula; the way he accents “tell” during “Wouldn’t Tell” is an amazing feat that turns one simple word into the song’s most memorable hook.

Nurses perform Sept. 28 at the Echo.