Bridesmaids, Thor, "Rescue Me" and more. 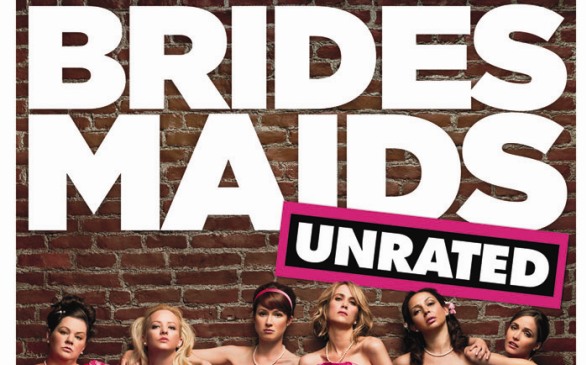 The women of comedy finally get a chance to shine in one of the funniest films of the year, Bridesmaids. “SNL”’s Kristen Wiig stars as a reluctant Maid of Honor for her best friend (Maya Rudolph) who is thrown in with a ragtag group of bridesmaids. Paul Feig, co-creator of “Freaks & Geeks,” directs.

Long unavailable, “Mickey Spillane’s Mike Hammer” brought the hardboiled detective to the small screen in 1958. All 78 episodes are now available in The Complete Series. Darren McGavin (A Christmas Story) stars.

For decades, Mad Magazine has been synonymous with parody. The new animated series from the people behind “Robot Chicken” and “Crank Yankers,” Mad: Season 1, Part 1 deflates celebrities, the superhero craze and more.

It’s been 10 years since 9/11, and its impact remains. Rescue Me: The Complete Sixth Season combines the final two seasons of the searing drama, which follows a tortured New York firefighter (Denis Leary) whose comrades died in the rescue effort.

A star-studded cast, including Joseph Cross, Heather Graham and Danny Glover, takes on religion in the age of the media spectacle in the satire Son of Morning.

Jeff Lieberman’s genre-blending cult horror flick Blue Sunshine comes to DVD in a 35th Anniversary Edition, featuring a new interview with the writer/director. The film follows a man falsely accused of a string of murders which may have been committed by a group of hippies who took the same LSD years prior.

One of the great horror films of the ’70s, Wes Craven’s The Hills Have Eyes hits Blu-ray. A family on a road trip becomes stranded in the desert and has to fend off an inbred clan of cannibals.