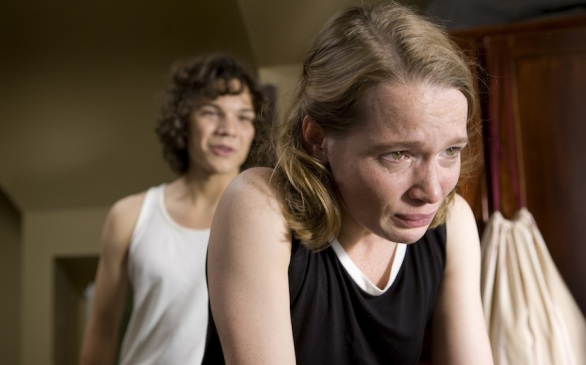 I was a bit unsure about this German period drama based on the various still shots in the beginning of the film. As the story progressed, I began to appreciate Berlin ’36, which is based on a true story set in 1936 Berlin – where Germany is on the cusp of holding their first summer Olympic Games.

Directed by Kasper Heidelbach, Berlin ’36 tells the story of how politics managed to get entangled into sports, especially after the meteoric rise of Adolf Hitler sweeping into power some three years before the games. Following his ascent to power, the 1936 Berlin Olympic Games were used as a platform to further his party’s racial superiority agenda, extending his prejudice and discrimination propaganda campaign toward the Jews by not allowing them to compete for Germany.

When the United States threatened to boycott the games, the Germans had to make concessions. This meant that the world’s best high jumper at the time, the Jewish Gretel Bergmann (Karoline Herfurth), is coerced back by the Führer to represent Germany for the games. Though, she finds it near impossible to show love and pride in representing a country that doesn’t love her back.

Gretel’s chief rival both in training and the eventual competition is Marie Ketteler (Sebastian Urzendowsky), not that the Germans had any real intent to allow Gretel to make it all the way to the Olympics proper. Their rivalry soon turns to friendship, as both Gretel and Marie find themselves under intense pressure as they’re forced into the media spotlight as poster girls for Germany’s efforts. As their friendship develops, Marie shares a deep, dark secret with Gretel, which, if revealed, could have severe consequences for the Germans.

The chemistry between the cast members – especially Herfurth and Urzendowsky – makes the film a success. Heidelbach not only tackles the issue of the Nazis’ extreme discrimination but presents a thought-provoking examination of the macro level issues as faced by Gretel by tackling and addressing prejudices from all angles.