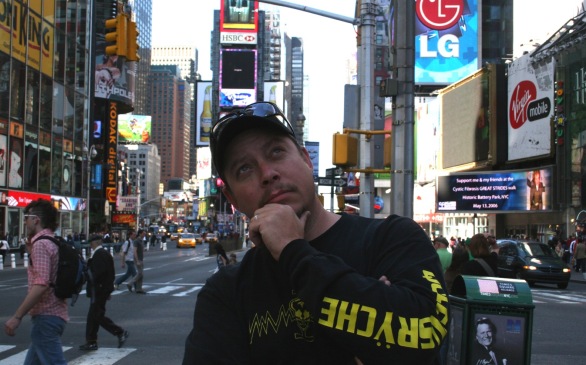 Do you ever find yourself buying things without any conscious reasoning? Ever wondered if that commercial or movie you were watching was influencing you to buy a certain soft drink? Programming the Nation seeks to answer the question: Are Americans being programmed by the media we are watching?

Since the late 1950s, the question has been posed about subliminal content being delivered through all forms of media at an increasingly alarming rate. Director Jeff Warrick’s Programming the Nation does a thorough job of examining the purported uses, influences and potential subconscious side effects of subliminal advertising and what’s going on beneath the surface of advertising, film, music and political propaganda. Programming the Nation even exposes links to the U.S. military, accusing it of using this technology in their Psychological Operations Unit (PSY OPS) campaign and working it into the commercial film and television industries.

Programming the Nation does an interesting job of spotlighting how media makes a joke of subliminal advertising with shows like “The Simpsons” and its tie-ins with beverage companies and how numerous corporations feel it is commonplace for companies to use this technique. This socially relevant documentary not only traces the history of this phenomenon, but also seeks to determine the validity and potential threats that may or may not exist.

Raising new inquiries on the topic, the film educates while sparking our curiosity towards the main questions about subliminal advertising. Questions including why consumer debt in America has risen over 50 percent since 1990; how it’s possible that the United States consumes about 25 percent of the world’s resources while only making up 4.5 percent of the world’s population; and if we are all part of an elaborate psychological scheme, which has been programming the nation.

Programming the Nation does a great job setting you up for more questions but leaves you short of answers. This of subject will always leave you wondering and questioning because something that you know exists, but as Americans we accept it and just move on with our lives. If these subliminal techniques are the reason why Americans have issues with overspending and for their enormous amounts of debts, then we have been programmed as a nation.