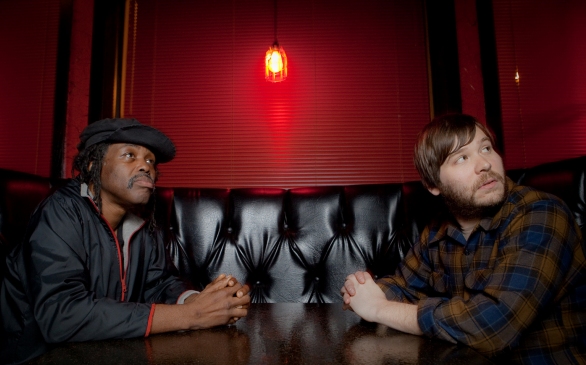 With all the dire news of wars and a troubled economy, I need a pick-me-up. Give me a heavy rhythm, fast beats, loud horns and a smooth voice, and I’m shaking to Kings Go Forth.

Kings Go Forth is a soul and rock jam fest of various instruments smashed together in amazing synchronicity; playing all at once, both loud and funky. You may think that only hardcore fans of the underground soul music subculture may be aware of Kings Go Forth, but their fan base ranges from Sharon Jones to Radiohead listeners. In fact, they have a pretty big following in Europe, where there’s a dress code specifically for going to soul concerts. Even the most incredulous listener will find a little piece of soul in a lot of popular music today.

Soul music may have come forth from the Civil Rights movement and with it an integration into the mainstream rock sound as a whole. To many, the stereotype of soul as strictly a black genre may be surprised to learn that Kings Go Forth was born from a white kid from Milwaukee who was inspired by collecting old records from basements, attics and old shops.

“The only difference between this band and all the other bands out there is intrinsically a link to vinyl and old records,” says Kings Go Forth co-founder and bassist Andy Noble. “The Kings Go Forth sound and its mere existence owes a lot to the record store and not the least because I met Black Wolf, the singer, at my store.”

Black Wolf is his own character on stage. You can find video clips of the band online and see how his persona is often lifted by the sounds created by the 10-piece band. Even one of their publicity photos has the band chasing Black Wolf around the corner. There’s a tremendous respect Noble has for King’s lead vocalist, who often can improvise and transform his voice to each song’s complex set of arrangements.

“The reason why we were friends at first was because we were trying to find all these old records,” says Noble.

Keeping true to soul’s past, Noble and Wolf create songs about love and despair, and moving lyrics that inspire motivation past life’s obstacles. Songs such as “Paradise Lost,” (off their 2010 full-length debut, The Outsiders Are Back) which is about a prisoner’s lament, a stark contrast to its upbeat tempo.

Along with genres like jazz, soul is like one of the founding fathers to today’s contemporary sound. Older listeners will be able to immediately identify Kings Go Forth from a broad palette of classic R&B (mid-’60s Chicago, early-’70s Philadelphia and other more obscure sources).

“Hip-hop kids got into it because soul was the foundation of sample material, rock kids liked its high energy and old people never stopped liking it,” explains Noble.

Noble was born in 1975 and took the music of that decade straight into the 20th century. His vast (let’s stress the word vast) collection is his formidable time capsule keeping the long-forgotten soul singers alive.

“I was a child of the ’70s,” says Noble. “Kings Go Forth is subconscious. A lot of people think I’m trying to create this ’70s-style group, but they were formative years for me because it was the sound I heard around me. I think what I learned about myself musically is that the music I heard from my first years of life really influenced me.”

Noble is mellow on the phone, but his music is far from that. He is the group’s main sound arranger, kind of like the composer of the piece who is in charge of layering different musical sets one on top of the other. It can be a complex piece of work for anyone. A typical rock set layers a drum and a guitar, maybe a keyboard. But with Kings go Forth, Noble is in charge of layering several percussion beats, with horns and trumpets, bass, vocals, background vocals and keyboards all together.

If you haven’t heard the finished masterpieces, then you’re missing out. Kings Go Forth is not only emotional, but their music creates a force in your body to make you move and shake without notice.

And if that ain’t pure soul, than I don’t what it is.

Kings Go Forth performs Sept. 27 at the Echo. For more information, visit kingsgoforth.com.