Needtobreathe: Settle into Success with The Reckoning 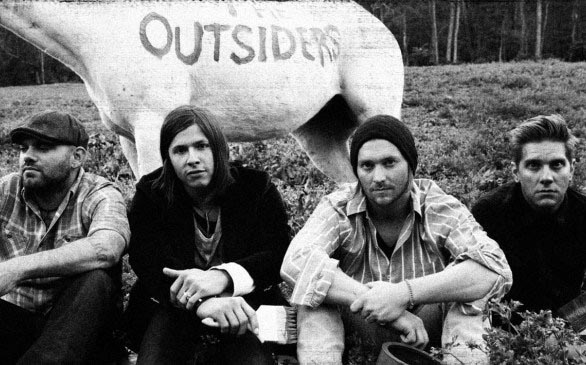 Perhaps the most overused and misused word bands choose to describe themselves is understandably “unique,” since novelty often makes or breaks a band. However, considering how long music has been around, originality has thus become a tall order. Still, South Carolina rock band Needtobreathe refuses to be pegged down to a particular musical genre and rocks out its newest album, The Reckoning, hitting stores this week.

“The last record we did was called The Outsiders, that was motivated by us feeling that we didn’t really fit into any part of the music industry. The record was about us owning up to that and embracing it,” says drummer Joe Stillwell. “After the release of that record, we gained more recognition and a greater fan base; we could definitely feel a lot more anticipation going into the making of this new record. ‘Reckoning’ means a settlement of something, and this album is our way of proving to our fans that we can live up to their expectations.”

The band was formed when brothers Bear and Bo Rinehart, sons of a pastor in rural South Carolina, joined with drummer Stillwell and bassist Seth Bolt to form Needtobreathe while attending different colleges.

“We had started a band by freshman year, but it wasn’t until maybe my senior year that we realized we could be something more,” comments Stillwell.

With Bolt, who had received a degree in recording engineering, they recorded their earliest EPs at Bolt’s Plantation Studios. The band got its break when it came to the attention of Atlantic/Lava Records, with whom they signed in 2005. A year later they released their debut full-length album, Daylight, followed by tours with Train, Collective Soul and Will Hoge.

Even with influences from the likes of Bruce Springsteen, Tom Petty, Radiohead and Coldplay, Needtobreathe manages to hold its own musical flavor, with a heavy southern-ness to it.

“We’re like a sponge. Our music doesn’t sound like anything; it’s just good old rock ’n’ roll,” they say.

The band is currently on tour with Taylor Swift as the opening act to the North American leg of her Speak Now World Tour, which started in May in Omaha, Neb., after having been handpicked by the country songstress.

“One day Taylor contacted our management, out of the blue, and asked us to join her on her tour. We’ve heard from Twitter and some blogs that she was a fan of the band, but it was still a surprise because we’ve never met her in person,” tells Stillwell. “It’s cool that instead of just bringing out another country act, she wanted to bring a band that she really liked and wanted to share with the fans.”

Apart from the big shows with Swift, Needtobreathe has been performing at various smaller local venues.

“These are little intimate shows, and they’re great. It’s an hour and a half of sweat, energy and just banging out good music. The live shows have been such a big part of how we’ve built ourselves up for the past years, so we put everything into each,” says Stillwell.

Indeed, the band has a reputation for putting out amazing live sessions, but what is more impressive is its wide range of fans, in Stillwell’s words, from “teenagers, college students, people in their 50s and 60s, and even little kids listening to [their] music on the way to school in their mom’s car.”

“I think that’s an indication of the honesty that we try to put into our music. We just try to write songs that come from the heart and from where we are, and people can genuinely connect with that,” notes Stillwell.

Over the past years that Needtobreathe has been around, the band has been playing and experimenting with different styles of sound and has thus modified and refined their music while staying true to their identity.

“I feel like we’ve gotten better over the years since we’ve started out; our music has been growing and evolving, and the good thing is that our fans have come along with us. I think we’ve developed a culture with our fans that if we came up with a country song, our fans would still dig it,” says Stillwell. “All in all, it feels really good to be 12 years into it and still doing it and loving it.”

The Reckoning is currently available. For more information, visit needtobreathe.net.