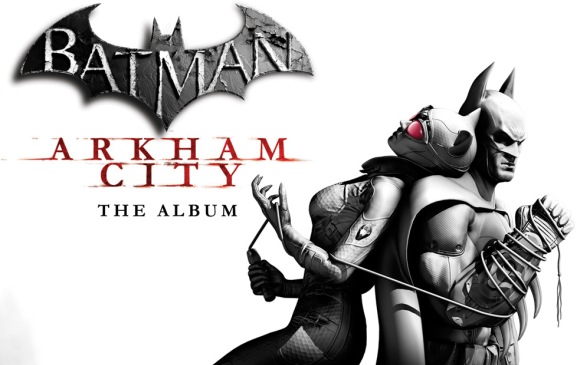 Panic! At the Disco, Coheed and Cambria and Black Rebel Motorcycle Club are among the artists who’ve contributed new original songs to Batman: Arkham City – The Album, the musical companion piece to the videogame of the same name. Each artist approached their contribution to the album with their own unique interpretations of the stories surrounding Batman.

Claudio Sanchez, the frontman for Coheed and Cambria says, “I write in a very conceptual format with the stories that surround Coheed and Cambria, but Batman has a much larger defined history and rules that go along with it. My goal was to find universal themes from Batman’s existing history to help give the lyrics legs and dimension so that the song could live within that world.”

The Duke Spirit, Blaqk Audio, Daughtry, Serj Tankian and the Damned Things are some of the other acts represented, and buyers of the collector’s edition of the videogame will get a download of the album with the bonus cut “In the Shadow” by A Place to Bury Strangers. The album drops on Oct. 4, and the game drops on Oct. 18.

Ozzy Osbourne is about to release a new book, a follow-up to last year’s best-selling memoir I Am Ozzy. Osbourne has been writing a medical advice column for Rolling Stone for quite some time and Trust Me, I’m Dr. Ozzy: Advice from Rock’s Ultimate Survivor contains some of the best material from those columns along with survival stories not found in the memoir, his answers to celebrities’ medical questions, charts and sidebars and more.

Osbourne started writing the Dr. Ozzy columns last year after he had his DNA mapped to determine if science could explain how he’s survived nearly four decades of drug and alcohol abuse. So far the scientists have no explanation, although they did find variants in his genome that they had never seen before. Trust Me, I’m Dr. Ozzy hits stands Oct. 11.

Michael Pedicone, the drummer for My Chemical Romance, has been fired for stealing from the band. The band issued the following statement on its Web site: “The relationship between My Chemical Romance and Michael Pedicone is over. He was caught red-handed stealing from the band and confessed to police after our show last night [Sept. 5] in Auburn, Wash. We are heartbroken and sick to our stomachs over this entire situation. The band has no intention of pressing charges or pursuing this matter any further than we have to. We just want him out of our lives. The people who play in this band are a family, and family should not take advantage of each other like he did. We are currently moving forward and hope to have a new drummer in place [to finish the tour.] The show must go on.” Jarrod Alexander of Los Angeles band Dead Country has since been enlisted as MCR’s interim drummer.

Metal For The Masses Vol. 9

Century Media has just released Metal For The Masses Vol. 9, a specially-priced triple-disc set containing 48 songs. The set’s first disc features Century Media acts like Suicide Silence, Vampires Everywhere!, Arch Enemy, Winds of Plague and Arsonists Get All the Girls, while the second disc is made up of cuts from acts signed to Nuclear Blast including Sepultura, Belphegor, All Shall Perish, Symphony X and Amorphis. The third disc is packed with classic cuts from bands like Lacuna Coil (“Heaven’s a Lie”), Eyehategod (“30$ Bag”) and Despised Icon who represent with “Retina.” Metal For The Masses Vol. 9 is available for $8.99 exclusively at Hot Topic.

Autonomous Music is offering an eighteen-track compilation of their artists for free download. The label promises that Array Vol. 1 is loaded with fresh beats, current ideas and massive instrumentals from Empty Space Orchestra, Octopus Nebula, the Polish Ambassador, Dr. Israel, Etheric Double Soundsystem, Natasha Kmeto, Resident Anti-Hero and many others. Autonomous is primarily a management and booking company, but the Autonomous Music label is a 100-percent free label so there’ll be more coming; for now grab your no-charge copy of Array Vol. 1 at autonomousmusic.bandcamp.com.