PJ Harvey Wins Mercury Prize: Why You Should Give Her a Listen 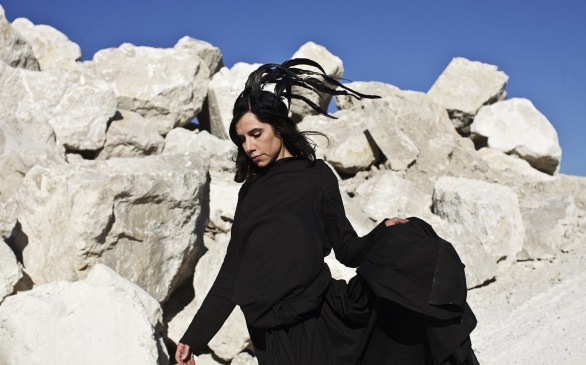 One of the biggest British singer-songwriters on the American music scene right now is Adele. Her chill-inducing voice, undeniable honesty and heartfelt songwriting have gotten her tracks blasting from hundreds of car radios over the past few months.

So it can’t help but come as a surprise that one of the biggest prizes for British music, the Barclaycard Mercury Prize, did not go to the talented nominee Adele. The prize is given to the person with the best album of the year, and if we went by numbers, Adele’s 21 was the first album of the year to sell a million copies. Beyond that, it was difficult to go anywhere without hearing “Rolling in the Deep,” being played from some speaker.

Yet despite all these strong qualifications, the award went to another female singer-songwriter: the ever-enigmatic, quirky PJ Harvey. Hers is not a name you’re bound to hear on your pop radio station or even read about in Billboard’s latest news. But as the award proves, there is a reason Harvey should remain in the music world’s consciousness.

Harvey won the same prize 10 years ago for her honest, haunting album Stories from the City, Stories from the Sea. One advantage Harvey has over Adele is that of experience. Comparing all of her albums to try to define her sound is like taking pieces from different puzzles and trying to put them together. Harvey’s talent for songwriting and her willingness to explore even the most difficult of topics stays constant, but the sounds change from album to album.

Let England Shake, the album that won her the Mercury Prize this year, is an album that deals with the ugliest parts of war and the complexities of being of proud of your nation. Some might argue that this is exactly why she was given the award: She created an entire album revolving around her country. But whether or not this skewed the decision of the judges – which is highly unlikely since Harvey doesn’t hold back on describing the horrors of war – there is still a lot to be found in the album besides political statements. Something about the tracks, starting with the eerie and engrossing “Let England Shake,” separate them from a lot of music being created today.

These are not safe, easily digested tracks. They are frequently haunting; some tracks have a beautiful delicacy that makes them seem as if they could fall apart at any moment. Even the album cover, a flurry of blackbirds gathering behind chunky white letters, gives the impression that this album might take you to some places you won’t want to go, but it’ll do so with a sincerity and passion that you can’t shake off. Tracks like “The Glorious Land” might make it difficult for all listeners to relate, but the catchiness of the track coupled with Harvey’s distinct voice make it an interesting listen nonetheless.

So despite the fact that her winning comes as a bit of a surprise to some, it proves there is a certain brand of talent that Harvey possesses. The U.K. music industry figures who voted for Harvey’s album seem to want to point us in the different of something new, something we perhaps haven’t heard playing everywhere we go. Adele has remarkable talent, but this win is not about comparing talent but rather about giving a nod to another album, besides 21, that was well-crafted and poetic and left a visible mark on the music critics of the world.

As L.A. Times writer Ann Powers, who gave the album four out of four stars, puts it, “Polly Jean Harvey is rock’s master polymorph.” Tracking the career of this highly interesting singer will show us different sides and prove that there is always room for a musician to continue evolving. A quick visit to Spotify will yield you Let England Shake in its entirety and perhaps make you fall in love with something you didn’t think you would even like.