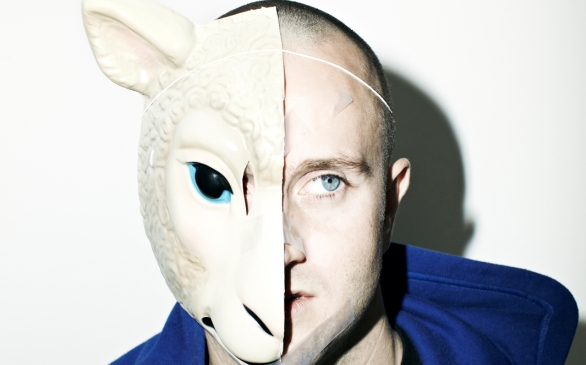 Looking at the mainstream hip-hop scene can be a little disheartening sometimes. For all of the industry’s posturing about artists who are supposedly revolutionizing the genre, at the end of the day, it’s the same lyrical clichés with bigger egos and bigger stage effects. Luckily, unbeknownst to MTV and rap radio, there exists a movement of MCs that have something a little more real to say. And though he’s managed to make a name for himself in that movement with the release of this year’s Bad Time Zoo, Minneapolis-bred Sims will be the last one to talk himself up for it.

“I’m not a narcissist … to the point that maybe I’m a little narcissistic about it,” he jokes, though not without adding, “And that might hurt my music.”

Though he’s atypically light on bravado and hype, there really isn’t much about Sims as a whole that lends to posturing. As a member of the hip-hop collective Doomtree, alongside fellow Minneapolis native POS, Sims has a very different creative mindset than other rhyme-slingers.

“I rap about the stuff I think about, and the stuff I think about isn’t necessarily the easiest or lightest content. It can be difficult to make a listenable song from it,” he says. “I don’t feel like I take the easy route when I write songs. For a white hip-hop artist, there’s a lot of easy outs, and I don’t really do those. I’m not one of those ‘I’m a crazy ass white boy who doesn’t give a fuck!’ types,” he says with a laugh. “I wanted to make a record that wasn’t as heavy as my last one. I don’t know if I did that, but like with any piece of art, what you intended it to be is irrelevant when you release it. It becomes the listener’s.”

While Sims may have intended to write an album that catered as much to being blasted in headphones as being the background noise at a party with Bad Time Zoo, his lyrical chops have only gotten sharper and less hesitant to bite with the album. An even mix of pointed cultural commentary and sometimes unsettlingly candid emotional introspection, the album is Sims’ poetic elegy of the human condition in modern society, angry and vulnerable as that may be.

“I read, I watch movies, I go to museums from time to time, but I can’t say there’s anything that inspires me more than listening to people talk,” he says. “What’s really interesting is when you ask someone a question that may be a little personal and you see these flags go up, these defense mechanisms. I like to try and analyze what led to that defense mechanism, and create a story through that.”

For an album that was nearly four years in the making, however, it should be no surprise that Zoo is something of a lyrical master’s thesis on human psychology from Sims’ perspective.

“Lazerbeak first sent me some beats while I was on Warped Tour in 2007. We worked on a lot of other projects in the interim, but I started collecting beats that far back. I wasn’t intending to make an album at the time, but some of the songs kicked around for a while,” he says. “‘Sink or Syncopate’ is one where I got the beat, would get my skateboard out after 7 a.m. load-in at Warped, and just skate around the village in that magic hour before doors open when there’s no one there.”

Though, true to form, not everything in the Sims oeuvre is sunshine and magic, as he pulls from his own day-to-day life for firsthand inspiration as well. “‘The Veldt’ is a song that‘s reality-based but fantastical in a lot of ways because the environment I’m painting is very metaphorical about what’s going on out on the street.”

Rhyming about werewolves, pigs and boars who “help themselves to more,” the imagery isn’t out of place when applied to the microcosm of the music industry either. But with a work ethic to match the hip-hop greats and a commitment to artistry and integrity that might actually put a few of them to shame, Sims is well prepared to navigate the animal park.

“I never started making music to have a lifelong job in music. But now that I have a chance at it, the pressure of it being lifelong really starts to stack up. Like, who’s coming to shows gets more important,” he says. “But this may not last forever, so I’d rather just be comfortable and be nice to people, and not let my career get in the way of being the person I want to be.”