Granito: How to Nail a Dictator 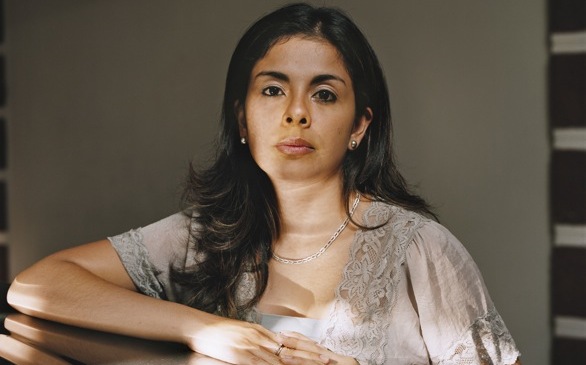 Alejandra Garcia’s father disappeared when she was a year old. She became a lawyer to avenge him.
(Credit: Dana Lixenberg)

Very rarely in a documentary do you feel a sense of sheer reality. In Granito: How to Nail a Dictator, there are no coerced or propped-up scenes. Granito pulls you in from its first scene, and you feel as if you’re entangled in a crime mystery that unravels throughout the film.

Director Pamela Yates ties together two genres – political thriller and memoir – for one great film. Granito details different plights from Guatemala’s turbulent history as active players emerge in the present. Like a crime thriller where the narrative is revealed step by step, this epic film travels between present and past, uncovering evidence of massive crimes and bringing their accountability to the present. The many characters are like detectives seeking to uncover a narrative that could unlock the past and settle matters of life and death in the present for the Guatemalan people.

The five main characters whose destinies intertwine are connected by Yates’ documentary, When the Mountains Tremble (1982). Yates was given private access and allowed to shoot the only known footage of the army as it carried out the genocide. Coincidentally, the same footage has become evidence in an international war crimes case against the very army commander who permitted Yates to film in 1982. Linked by the events of the past, each of the film’s characters is integral to the country’s reconstruction of a collective memory, the search for truth and the pursuit of justice. Forgotten by most, the characters have become integral to the narrative of wrongs done by dictatorship and society, and from the justice sought that they seek each adds a grain of sand to the epic tale.

Granito is a thoughtful and authentic documentary that leaves you feeling compelled to root, cheer and think. The past always finds some way to connect with the future.