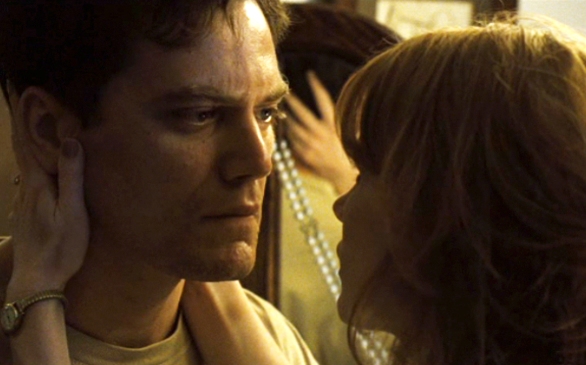 Take Shelter is a great example of how a movie can be scary and thrilling without relying on blood, gore and over-the-top, computer-generated special effects. Instead, it relies on strong writing, good acting and an intense musical score to connect with its viewers. In some basic way, the film – from writer/director Jeff Nichols (Shotgun Stories) – reminds us of just how effective Alfred Hitchcock’s films were at psychologically – and literally – freaking out an audience.

Set in a present-day rural community, the film is told from the point of view of Curtis LaForche (Michael Shannon, Revolutionary Road), a husband and father who is beginning to experience some frightening apocalyptic revelations; or are they hallucinations? Curtis is convinced that there is a horrible, seemingly supernatural storm coming into town – one that threatens himself, his wife and daughter, and his community.

After seeing some strange cloud formations in the sky, Curtis begins taking some time away from work in order to construct a state-of-the-art storm shelter in his backyard. All the while, though, he begins suffering from some scarily intense nightmares. Between the impending storm and what’s going on in his head, Curtis starts to question his overall health and, as a result, becomes more and more distant from his family.

Take Shelter is brilliant in that it uses Curtis as an anchor between the real and imagined, objective and subjective. As the film is told from his point of view, the audience is never quite sure if what Curtis is seeing is what both he and those around him are actually experiencing or what is simply going on in his own state of mind. The oncoming storm does seem real, but its arrival is questioned by the fact that Curtis decides to seek psychiatric help. The film’s intense musical score only makes things more doom-like, as we struggle to understand what is really going on in Curtis’ life.

Aside from the film’s effective writing and score, Shannon – taking the lead and accounting for at least three quarters of the film’s success – is nothing short of fantastic. He does both brooding and forceful brilliantly in this role, and seamlessly incorporates both of these elements into his character. Shannon is complemented in the film by Jessica Chastain (Tree of Life, The Debt), who plays his wife. Her character is also dynamic, because although she’s scared by what’s going on with her husband, she resolves to help and support him all the same.