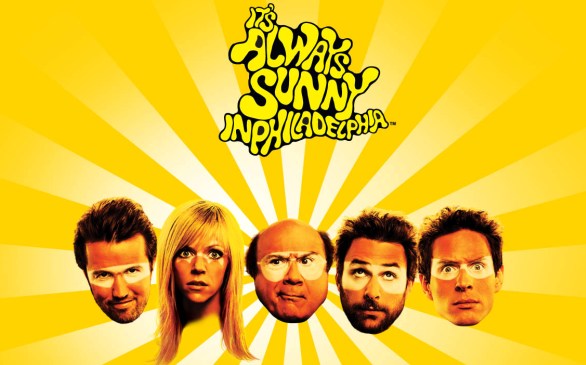 The most demented comedy on TV, It’s Always Sunny in Philadelphia: Season 6, includes an extended cut of one of the show’s finest moments, the Lethal Weapon 5 parody.

A group of Chicago 20-somethings finds their friendship in jeopardy when the couple that brought them together (Elisha Cuthbert and Zachary Knighton) break up in the new comedy Happy Endings: The Complete First Season.

HBO’s recession-themed comedy Hung: The Complete Second Season stars Thomas Jane as a down-on-his-luck high school basketball coach and divorcée who puts his biggest asset to use as a gigolo.

A pair of savvy young entrepreneurs use their street smarts and connections to launch a career in New York’s cutthroat fashion industry in How to Make it in America: The Complete First Season.

Gwyneth Paltrow and Carol Burnett are among the guest stars in the musical comedy phenomenon Glee: The Complete Second Season.

Ed O’Neill is the head of a quirkily complicated extended family in Modern Family: The Complete Second Season.

From Criterion with Love:

A landmark of Swedish cinema, The Phantom Carriage is a beautifully shot, innovative silent film, a ghostly morality tale about one sinner’s redemption in the style of A Christmas Carol. Extras include an interview with Ingmar Bergman talking about director and star Victor Sjöström’s influence.

Rod Steiger made a career of playing idiosyncratic villains. One of his best is a diabolical war veteran who plants bombs on planes to extort cash in Cry Terror (available online through the Warner Archives). James Mason plays his former platoon mate who is forced into helping pull off his plan.

Herschell Gordon Lewis: The Godfather of Gore profiles the pioneer of the splatter film. John Waters and Joe Bob Briggs are among those paying homage.

A disparate group of people converges in Congo’s underground as they vie for a valuable cache of oil in the neo-noir Viva Riva.

A street racer turns police informant in order to free his sister from a life of prostitution in the Hong Kong action flick The Stool Pigeon.

Guillermo del Toro made his American debut with the 1997 sci-fi thriller Mimic, starring Mira Sorvino as an entomologist tracking a genetically mutated insect that can morph into human form.