Elks: Destined for the Sun 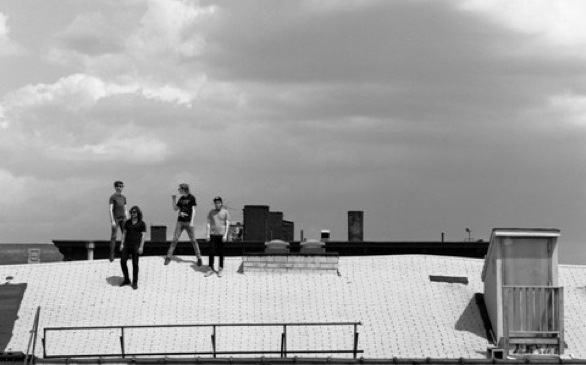 The band says that Destined for the Sun features an abstract conceptual theme that chronicles the history of a tribe of nomadic space Vikings. There must not be a whole lot known about these interplanetary marauders because the whole album is over in just a little over 20 minutes.

Still, fans of hard rock will like what they hear in “Fall of the Starchitect” where grinding guitar and Mastodon-like thunder echoes throughout the galaxy at warp speed as if the space Vikings are frantically on the run from something even more sinister than they are. “Two Moons of Mars” initially sounds like a Kiss song, but then singer Don Stewart’s vocals kick in and the song careens into a black hole of thrash. “Destined for the Sun” is good-old stoner rock filled with super-buzzy guitar.

Stewart’s vocals seem to be buried in the mix for most of the album so really you can chart your own course lyrically while banging your head along to album closer “Weedwolf” and the others; this one is just about enjoying some loud guitars.

Destined for the Sun is currently available.