The Janks: Hands of Time 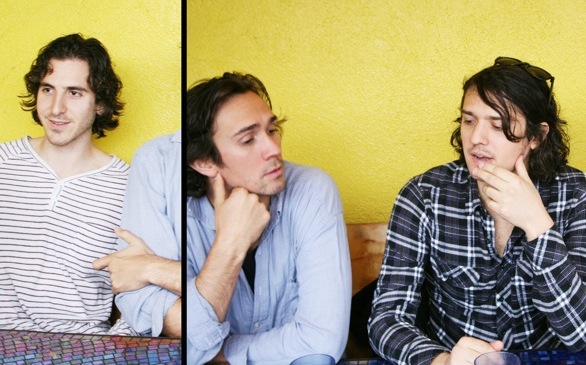 It’s a pretty good bet that when an album is titled Hands of Time that there won’t be a lot of upbeat and joyous music involved, and the notion holds true for about half of this debut from the Janks. The album opens with a couple of melancholy singer-songwriter-style tunes in “Hands of Time” and “Billy the Kid,” singer Zack Zmed sounding not quite defeated but resigned to the fact that life is what life is and it ain’t so great at the moment. “Dead Man,” though, wipes the pallor away; the song’s subject matter is obviously dark but Zmed and his brother, Dylan, mesh so flawlessly with bright harmony vocals that there’s no way the song is going to come off as depressed.

A few cuts later the album takes an unexpected left turn as the brothers break loose with a big production; “Rat Racers” is a perfectly-crafted, ’70s-influenced mid-tempo rocker with scathing guitar parts, great harmonies and an occasional reggae beat that sounds like a Supertramp/10CC mash-up. The difference from the album’s first few songs is so drastic that it’s almost like there’s a different group at work for this portion of the album, but that’s all just part of getting to know the Janks; clearly there are far more layers here than can be appreciated with just a couple listens.

Hands of Time is currently available.