Maylene and the Sons of Disaster: IV 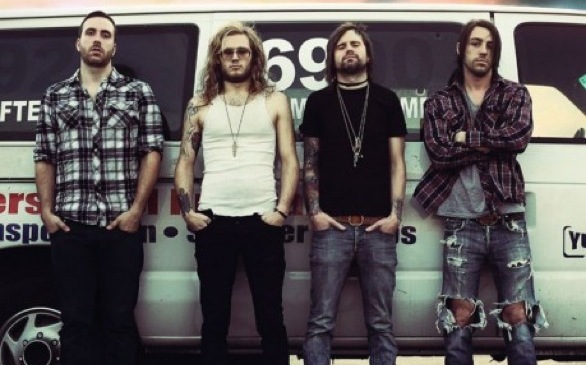 Dallas Taylor doesn’t have a rock ’n’ roll scream that’s quite as unique as that of Axl Rose, but the Maylene and the Sons of Disaster singer channels the power and feel of Guns N’ Roses here on “In Dead We Dream.” “Killing Me Slow” is also structured like a GN’R song, and of all the rock subgenres that the Sons work in this is the one that the band sounds the most comfortable with.

Unfortunately, despite good musicianship, too much of IV is non-descript, with songs like “Save Me” and “Open Your Eyes” failing to offer anything to distinguish themselves from dozens of other acts (“Hey, is that Seether…?”). “Taking on Water” adds slide guitar and a southern rock feel to the mix but ends up never reaching its potential.

Once you hear “Cat’s Claw,” though, you can almost forgive the band for its lack of originality elsewhere; Taylor really cuts loose on the tune, squalling like said cat’s claw is caught in his, uh, manhood while the band plays with a decided urgency like they’re trying to get him to the E.R. in time. The killer number isn’t enough though to entirely redeem the album. Simply put, there’s too much filler here.