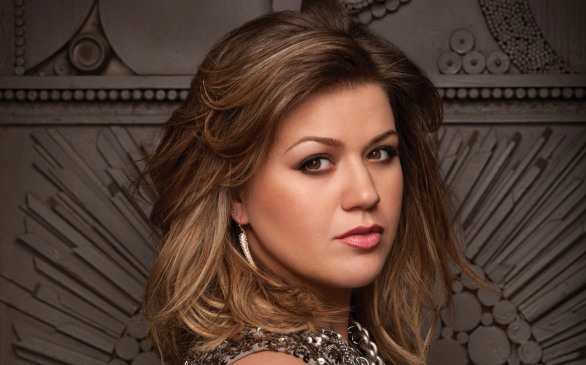 Kelly Clarkson only gets Stronger with time.
(Credit: Harper Smith)

Now that the school year is in full swing, most of us wish we could go back to summer. You have papers to write, hundreds of pages to read and a social life to protect. It’s gets more and more difficult not to stray onto Facebook or close your laptop altogether. Luckily for you, a slew of musicians have been in the studio lately creating tracks to keep you dancing or singing along. Take a study break or blast these tunes in the background to stay awake. This fall has releases from many major artists on the horizon, some expected and others a little more surprising.

Get ready for a trip back to your childhood/teenagehood as Blink-182 is back with a new release after eight years of staying quiet. A lot has changed from 2003 to 2011 so the band has plenty to prove, but their first single, “Up All Night,” proves their energy is still intact. There’s nothing like a few years to let the guys take a break and refresh their energy for this time around. And if you love the album so much that you want to see the band live, Blink is currently on tour with My Chemical Romance – it’s a punk/emo fan’s dream come true.

With eight albums under their belts, these alternative rockers surely know what they’re doing. The two-time Grammy winning band’s latest was recorded completely out of their own studio, which they call the Loft. With a diverse range of influences, this six-piece band – whose career has spanned more than 10 years – is good at bringing something new to listeners every time. Leading man Jeff Tweedy explains that his inspiration for the lyrics of “Born Alone,” started with him flipping through a book with Emily Dickinson poems. With such interesting inspiration, the other tracks on the album are bound to follow suit.

Yes, this is the cutesy singer who sang the song in that equally adorable iPod nano commercial. But Feist’s strengths extend beyond “1234.” That was 2006, and now Feist has Grammy wins under her belt and a voice that could soothe the anxiety of virtually any college student. Working with producers like Valgeir Sigurðsson, who has also worked with Björk, Feist is bound to craft yet another equally catchy and heartfelt album – and yes, maybe another song that will get stuck in your head whether you like it or not.

Björk is good at surprising her listeners. You can never quite guess what she will come up with next or even what note she will hit next. But you can definitely tell when a song is hers. Biophilia is also part of Björk’s attempt at creating something bigger in the form of 10 iPad apps that will include games corresponding to each track. Björk’s single “Crystalline” boasts her trademark voice but also a sound that is very dance-like, fitting in with the current fixation on electronic music. But don’t worry, Björk’s own quirkiness is still very much alive.

So Blink-182 is not enough of a throwback for you? Then Evanescence has come to save you. Amy Lee’s powerhouse voice, if pushed to its biggest potential, can surely rival that of any of the pop darlings playing on the radio now. But judging from the photographs of the band, Lee wants anything but to fit in. If the dark vixen has still got a hold on her vocal talents and the band can bring a fresh, compelling sound, then Evanescence might be on the list of successful comebacks. Otherwise, it will at least be a nice flashback into your high school/middle school angst.

It’s been three years since Everlast’s last release, but his mind is still very much on the complicated part of life. The rapper has a penchant for creating great rhythms and moving lyrics, and his latest release will hopefully be no exception. He describes the album as “express[ing] the current chaotic human condition we’re all dealing with.” Pair that with an obvious talent for rapping and you’re bound to get an album equal parts head-bop and reflection friendly.

You can pretty much rest assured that anything from Coldplay’s studio will make you want to dance, sing, cry or fall in love. The album’s title is also cryptic yet intriguing, and the production as a whole is bound to include some trippy but groovy sounds as producer Brian Eno, who has worked with the likes of U2, will be adding his flavor to the record. And if you manage to snag a limited edition pop-up album version, you get a graffiti art book featuring David A. Carter’s work along with photographs and snatches from the band’s studio notes and diaries. Just to get things even cozier.

Drake has done a good job of merging himself into hip-hop culture, from collaborating with artists like Nicki Minaj to dealing with rumors about a fight with Lil Wayne. Now is the time to see if all the hype from his first album and his persona can stay strong. With the much buzzed-about Kanye West and Jay-Z collaboration, Watch the Throne, Drake’s got to prove he can compete against the most established rappers out there.

Riding high on her success from “American Idol,” Kelly Clarkson proved many years ago that she could keep her footing on her own. Having crafted many a post-break-up tune, from the classic “Since U Been Gone” to the feistier “Never Again,” Clarkson still has a pretty solid place in pop music history. So long as Clarkson keeps us arrested with bittersweet songs and a heartfelt demeanor, there might be no stopping her. At least you’ve got Clarkson’s soothing range to help you through it as you sing along. Judging by the title, this will be another album filled with stories about moving on after life’s toughest times.

“Dog Days Are Over” was a testament to how quickly a song can gain popularity. The fact that this track yielded so much success to Florence Welch ups the pressure for her newest release. But if the single “Shake It Out” is any indication, she’s got a confidence and spirit that will be difficult to weaken. Welch’s distinct personality and captivating talent are sure to make this release an interesting listen at worst and another collection of haunting tracks at best.

If Watch the Throne was an absolute treat for hip-hop lovers then the upcoming collaboration between Lou Reed and Metallica is like an unexpected dream come true for rockers. A performance in 2009 at the Rock and Roll Hall of Fame got Reed and Metallica thinking, and eventually they collaborated on this album. The idea for the album comes from plays by German expressionist writer Frank Wedekind. With so much thought put in, the album is bound to at least be an interesting trip into the minds of these two rock icons.

It’s hard to listen to Mary J. Blige and not be moved to some sort of deep emotion. Her undeniable talent has kept her career going strong, as is obvious with the upcoming release of this album, which is her impressive 10th album so far. The hip-hop crooner has secured a place in the music world so this album can’t really help but be another great one, so long as Blige sticks to her guns. Strap in for a ride that will surely include intimate confessions but also plenty of tracks to happily groove along to.

These are only a handful of the many upcoming releases spanning a variety of genres. From old bands to artists just finding their footing, there is plenty of new music to keep your music needs satisfied and help you through a demanding school year. There’s nothing like the right tune to keep you going through even the hardest and most demanding of assignments. Embrace new and old musicians to find your new favorite tracks.