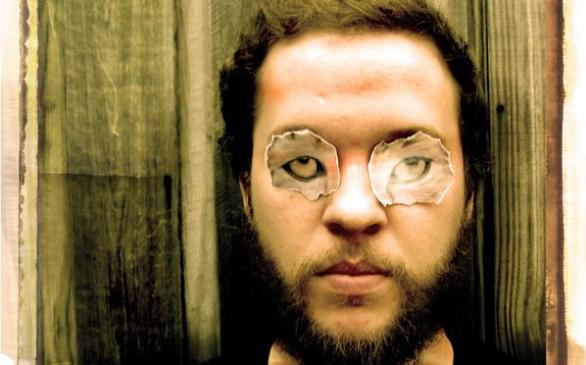 Four years in the making, the new album from Radical Face (a.k.a. Ben Cooper) was recorded in a tool shed. The Family Tree: The Roots eschews the trappings of technological overload because its songs are set in the 1800s; in fact, Radical Face didn’t use any instruments to make the album that weren’t available back in those days.

“I’m a storyteller,” says Cooper, explaining why he worked with just his voice, piano, acoustic guitar and a floor tom for the recordings. “I wanted that to be the focus. I looked up genealogy charts and studied American history for a frame of reference and put it all together.”

Radical Face live performances are a little different too; for his Bootleg Theater show on Oct. 11 he’ll be joined by the Easterly Singers who’ll provide full choir backing. The Family Tree: The Roots drops on Oct. 4.

The sounds of Italy are on the way to Los Angeles but don’t expect to hear “Volare” or Verdi. Staged by promoter Francesco Del Maro, (H)it Week is an annual event that affords hip Italian artists a chance to showcase for equally hip music lovers in the states.

(H)it Week kicks off on Oct. 11 when Erica Mou (“Alanis Morissette’s grit meets acoustic flair and thoughtful intensity”) and the Nicola Conte Jazz Combo play shows at the Catalina Jazz Club. The action moves to the El Rey on the 12th for shows by Apres la Classe and Caparezza, whose sound is described as “the ghost of Frank Zappa hits the Adriatic and makes devilishly clever bohemian pop.”

(H)it Week wraps up at the Key Club on Oct. 13 with shows by Casino Royale and electro-rockers Subsonica. Tickets are $15 ($20 at the door) per day.

The Monster Energy Outbreak Tour was a success last year and looks to be an even bigger hit this fall with a lineup featuring Of Mice & Men, Iwrestledabearonce, I See Stars and That’s Outrageous. “We’re looking forward to hitting the road this fall to support our friends in Of Mice & Men,” says Iwrestledabearonce singer Krysta Cameron. “We’ll be promoting our latest release, Ruining It for Everyone, and this should be a really exciting tour. We’ll be seein’ y’all Bear Brats soon. Don’t forget to bring a jacket!” The Outbreak Tour stops at the Glass House in Pomona on Oct. 28; also on the bill will be For the Fallen Dreams.

You can now buy your favorite Yellowcard album on vinyl. The band’s latest release, When You’re Through Thinking, Say Yes, is now available on wax as are Ocean Avenue, Lights and Sound, Paper Walls and the The Underdog EP. The vinyl titles are available separately or you can pick up the box set where each disc is pressed on a different shade of colored vinyl. Yellowcard plays the Anaheim House of Blues on Oct. 8.

Here’s a good reason to take a day trip to Big Bear Lake – Oktoberfest! The Big Bear Lake Oktoberfest happens every weekend from now through the end of October and if you go this weekend or the weekend of Oct. 7-9 you can enjoy music by Die Mainflosser Band, direct from Germany. Toward the end of the month SoCal’s premier German band, the Express Band, takes over and there’ll be a Halloween costume contest mixed in with the beer and polka on Saturday, Oct. 29. For ticket info and a full list of shows and activities, visit facebook.com/bigbearOoktoberfest.

Taylor Swift has a shelf full of Grammy Awards, and she’s the top-selling digital artist in music history. Now fans can look forward to owning a DVD or Blu-ray copy of Taylor Swift’s Journey to Fearless, a live concert and backstage access experience. Besides housing a baker’s dozen of her hits, the film contains footage featuring Swift’s home movies and photographs. The concert footage was shot when Swift embarked on her first headlining tour and the film overall is two and a half hours long. Taylor Swift’s Journey to Fearless drops on Oct. 11.