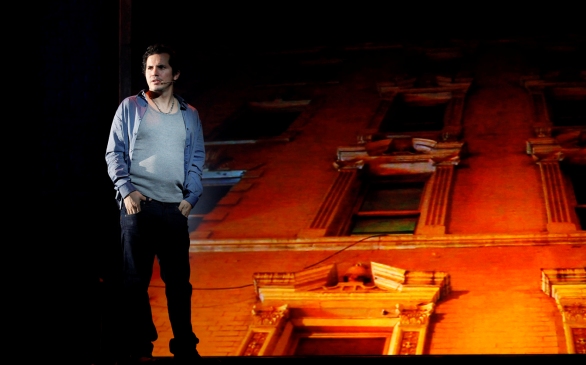 Fresh from a five-month run on Broadway, John Leguizamo’s latest one-man show, “Ghetto Klown” begins its international tour in Los Angeles. Following in the steps of his previous productions, “Mambo Mouth,” “Spic-O-Rama,” “Freak,” “Sexaholix… A Love Story” and “Klass Klown,” the acclaimed actor and comedian explodes onto the stage with an in-depth and thoroughly entertaining look at the intersection of his personal and professional lives. Leguizamo took time out to share some of his thoughts on “Ghetto Klown” with Campus Circle.

You’re no stranger to one-man shows; this time around you’ll be playing yourself and reminiscing about the life you’ve had and people who have inspired you. Why did you wait until now to tell this story?

’Cause of the serious consequences when you are a whistleblower! Talking about famous people in a not so good light can cause lots of beef, so I had to be ready for the consequences, and now I am. I feel I have earned the right to tell tales out of school. Pacino is cool with it, so I have his blessing. Well, not directly, but from his friends.

For several years you stopped performing on stage. What finally made you face your stage fright and write/act in “Ghetto Klown”?

I felt I missed it so much, and I had a good story to tell. So I tricked myself into performing by just doing college talks. I’d have to be somewhat inebriated, and I’d go in with index cards of my resumé and just talk about each project. Kids dug it, so I’d run home and type it out before I passed out, and that’s how I ended up with “Ghetto Klown.”

It’s ironic that you had stage fright and now you’re sharing very personal details about yourself for the whole world to know. At one point you revealed you were scared of your wife’s reaction. Why did you choose to write “Ghetto Klown” so close to the heart? Is it because you’re so used to being uninhibited, or is it still nerve-wracking?

I know, I think I’m just masochistic, and art is a little self-inflicted pain – but for a greater good. I hope my story inspires the way my heroes Richard Pryor and Spalding Gray inspired me by stripping down and revealing such intimate personal stories. You felt like, “wow, if he’s that guy and he has troubles and can laugh, then what’s my problem? I gotta get off my ass and do something!” And it was nerve-wracking at first, but then it was liberating and inspiring. An artist writes about themes and premises that they are working through!”

During your performance, do you stick with a script or do you improvise most of it?

Now it’s more of a play. But I do still riff and do go off sometimes. The show is still changing cause I don’t stop reworking and trying stuff ’til that curtain comes down for the final time.

How long did it take you to write “Ghetto Klown”?

It took about six years. It was the hardest to write ’cause it was about the most difficult subject: my personal issues! My control freakedness and paranoia and my Latin neurosis!

When writing “Ghetto Klown,” did you look for something to get out of it – a personal vendetta of some kind?

I hope my gain is bigger than that, but I’ll settle for a little payback, as James Brown said. It’s really less of revenge than trying to really understand who fucked who at the time and how much of a culprit was I in that situation. I hope I walk away freer of my demons that drive me!