Missoni for Target...: For eBay? 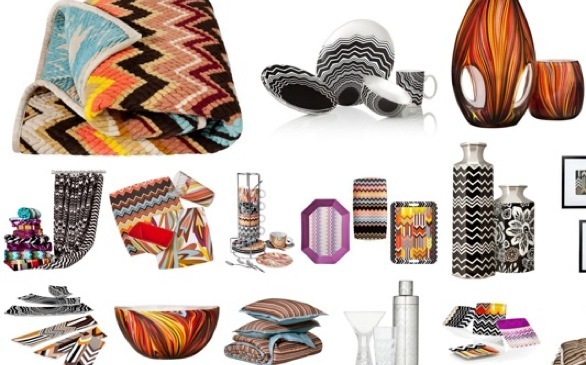 Wow, what a chaotic week Target Style has had with the launch of Missoni for Target. From the pop-up store preview that was supposed to be open for a week but had to close its sold-out doors in just six hours, to the colossal crash of the Web site at 3 a.m. on launch day, depending on how you look it, it’s either a PR company’s dream or worst nightmare.

Missoni, an Italian fashion house known for its signature zig-zag style prints and exceptionally made housewares, announced their partnership with Target a little over six months ago. While Target has enjoyed success with past collaborations like Zac Posen, Erin Featherstone and Liberty of London, no one was prepared for the frenzy.

Thanks to the release of the lookbook in August, I was able to make a list of all the items I wanted, including the prices so I could set a budget. I stayed awake until 4 a.m. to get my hands on the housewares and a pajama set. I knew that if I tried to go to my local store at 8 a.m., I ran the risk of them not having everything. Sure enough, stores across the state sold out in under two hours and just one hour after target.com launched, the site crashed and was down for almost two days afterwards. It hit the news that many shoppers bought the collection and turned it over to eBay. Capitalism!

I just received the first of my two orders, the pajamas and a set of wine glasses. The products have lived up to the hype. My wine glasses, the Colore stemless version, are hand-blown, and while they are dishwasher safe, I’m going to use these for special occasions only. My pajamas are jersey material and run very true to size. I think Missoni for Target did a wonderful job with this collection, and I’m truly grateful to have been one of the lucky few to receive my items.

The anger over the site crashing, cancelled orders and all items being out of stock has caused many shoppers to give up hope, essentially putting a kibosh on the hoopla. What started at over 41,000 Missoni for Target items on sale on eBay with bids up to $2,500 has now turned into a virtual ghost town with almost no one bidding anymore. Know what that means? Check your local Target early and often for returns, as most of these items will surely end up back on the shelves.

Next up for Target, on Oct. 30, a collection from sleepwear and intimates maven Josie Natori.