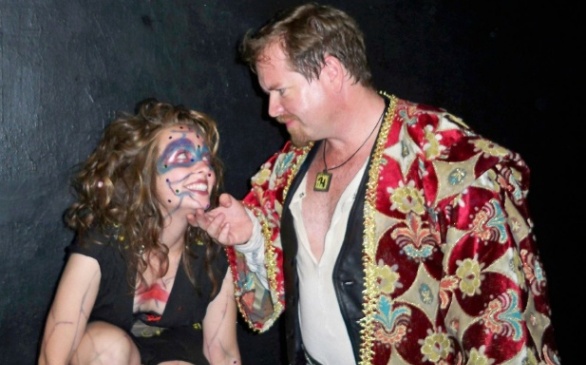 Derived from the William Shakespeare masterpiece, this near one-hour, no-interruptions show features love, deception, fantasy and great laughs. “The Tempest,” directed by Denise Devin and produced by Zombie Joe himself, details a mystical fantasy of forgiveness, redemption and freedom. But the wonderful thing about it is the vigorous magician who was exiled to an island; this magician has plenty of tricks and puts them to use against his enemies.

Prospero (the exiled Duke of Milan) plans to restore his daughter’s place; she is Miranda, who falls in love with Prospero’s enemy’s son, Ferdinand (played by Wallace Bruce). Bruce gives a true acting treat as Ferdinand, who first enters the story dancing in an extremely comical manner.

One of the other performances that caught my eye was from Neysa Lozano, who plays Trinculo in the story. Including her solid character and beautiful ways, Lozano delivers a mystical aspect to “The Tempest,” which was originally written by Shakespeare in the early 1600s. Micah Cover as Prospero is magnificent from beginning to end.

Ideally situated in the NoHo Arts District, “The Tempest” at Zombie Joe’s Underground is the perfect way to cap off your Friday nights.