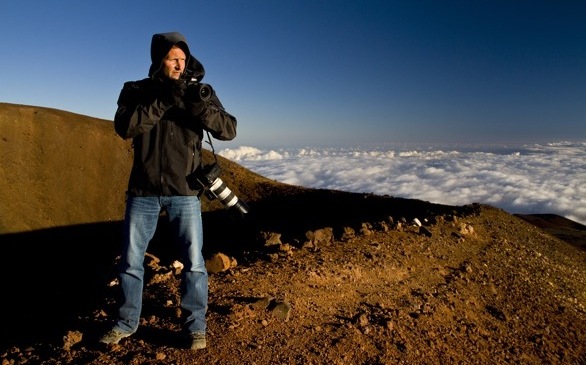 There’s no doubt that conservation photographer Ian Shive has tremendous passion for his craft, but his influence reaches far beyond the realm of just one art form. His photos and articles have graced the pages of hundreds of publications and with the release of his first conservation photography book, The National Parks: Our American Landscape, Shive has become the leading chronicler of America’s National Parks. Earlier this year, Shive teamed with “One Tree Hill” actors Stephen Colletti and James Lafferty for a fascinating web series that encourages shedding technological comforts to adventure in the American wilderness. It’s no wonder that the Sierra Club recognized Shive with this year’s Ansel Adams Award for Conservation Photography. Campus Circle catches up with Shive shortly after the award announcement.

What does it mean to you, being given an award named for Ansel Adams?

It is humbling (and surprising!) to be awarded anything that stems from such a luminary as Adams, but also by those who have been awarded this before me, photographers whose images sat as books on my shelves and hung on my walls as a teenager serving subconsciously perhaps as glints of the experiences I would one day seek out myself. The true reward might be to know that my images inspire the same one day.

In a 2009 interview with Campus Circle, you had stated: “It’s not just taking pretty pictures. People can affect change through photography.” What specific changes do you most hope to inspire with your work?

The truth is, change comes from within each of us as an individual. I hope that I can inspire people to seek out the experiences our wild places lend us and that, in turn, those experiences cause each individual to action. I don’t want to tell people what they should do; I want them to feel inspired to seek the answers themselves. Our environment needs a conscious, smart-living society but that must begin with a respect that is only discovered by exploring places on your own.

What advice would you give aspiring photographers on the path to discovering their passion?

Do what you love! Some people only focus on insects, others on baby animals. If you are a photographer – and this is true for any profession – you must first love what you do, and the rest follows. It sounds like a cliché, but it’s worked for me and many others before me.

Do you have any plans for another photo book or project like “Wild Life”?

Yes, definitely. I've shot literally thousands of new images including many images in national parks since the publication of the paperback in April. I am working on a new volume of wild places all over the U.S. as well as continually updating the national parks volume. I’m also working on new videos and documentaries along the lines of “Wild Life” – stay tuned!