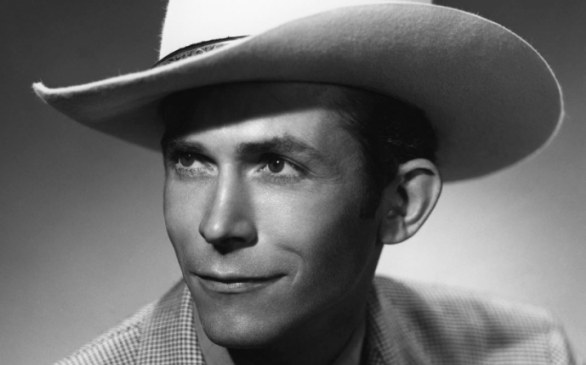 When legendary country performer Hank Williams died in the back of his Cadillac in 1953, one of the few things he had with him was his ratty leather briefcase, inside of which were notebooks containing lyrics for songs that had yet to be finished and recorded. Now more than half a century later, a dozen songs have come to fruition out of the notebook material, brought to life by a who’s who of artists whose own careers have been highly influenced by Williams.

“You’ve Been Lonesome Too” by Alan Jackson and “The Love That Faded” by Bob Dylan layer on pedal steel guitar liberally to replicate Williams’ weepy style of country music near perfectly, but it’s Jack White’s “You Know That I Know” that through emotive, tremulous vocals better captures Williams’ spirit. Surprisingly, almost half of The Lost Notebooks is performed by women with “You’re Through Fooling Me” by Patty Loveless sounding like pure Hank, while Lucinda Williams’ “I’m So Happy I Found You” is barely distinguishable from her self-penned work, a compliment to her own writing for sure.

The prize for sounding like Hank vocally and musically goes to Levon Helm for “You’ll Never Again Be Mine;” the song will make fans want to break out their original Williams recordings. Merle Haggard, Jakob Dylan and Norah Jones are among others contributing to this very interesting project.

The Lost Notebooks of Hank Williams is currently available.