Books to "Fall" For 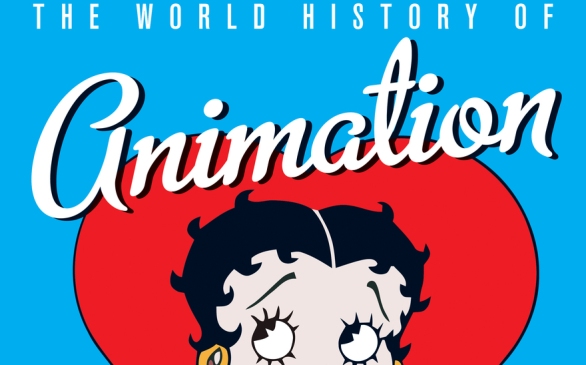 Meg Gardiner’s books keep you up at night. The author’s latest Jo Beckett title, The Nightmare Thief, begins with a rush of adrenaline and ends with a bang.

Described as part memoir, part travelogue and part in-depth study of global hip-hop culture, Close to the Edge: In Search of the Global Hip Hop Generation by former MC and assistant professor Sujatha Fernandes profiles urban youth throughout the world and documents how the music has given a powerful and often political voice to their common and divergent struggles.

Based on actual WWII events, Steve Sem-Sandberg’s The Emperor of Lies recounts the chilling tale of Mordechai Chaim Rumkowski, a Polish Jew chosen to run the second-largest Jewish ghetto. This complex and indelible character portrait of a man straddling the line between good and evil delves into the nature of evil itself with insight and intelligence.

Americans are still reeling from decisions made in the Bush administration, and Dick Cheney does not back down one bit in his memoir In My Time. Full of insight and next-day quarterbacking, the ex-Vice President polarizes with the best of ’em.

Switch: How to Change Things When Change Is Hard, written both for entertainment as well as useful information by two brothers, Chip and Dan Heath, documents stories of change and explains why change is so surprisingly difficult. Starting with the brain’s wiring and moving into other fields, like sociology and psychology, this book ingeniously illuminates a baffling flaw in human nature.

Laura Hillenbrand’s fantastic Seabiscuit, turns out not to be a fluke but perhaps the first of many riveting and true stories caught in this writer’s crosshairs. Her latest tome, Unbroken: A World War II Story of Survival, Resilence and Redemption, about a pilot struggling to get home after crashing into the Pacific Ocean reads like a well plotted thriller, only in this case, the story turns out to be unforgettably real.

Brimming with fascinating anecdotes and tricks of the trade, Writing Movies for Fun and Profit: How We Made a Billion Dollars at the Box Office and You Can, Too! promises to provide a window into the ever-elusive film business. By Robert Ben Garant and Thomas Lennon, the writers of Night at the Museum, The Pacifier and Balls of Fury, this book will amuse and inform.

The World History of Animation, chock full of gorgeous illustrations, will thrill anyone with the slightest interest in the subject. Stephen Cavalier’s comprehensive guide covers a hundred years of the genre, including contributions circling the globe from Europe to North America to Asia.

Enthralled upon finishing J. Courtney Sullivan’s Maine, I decided to pick up her first novel, Commencement, and found myself smitten again. This story of unlikely friends who meet in college and stick together through thick and thin will resonate with just about everyone.

Love and romance, staples for a reason, get the deluxe treatment in Marisa de los Santos’ Love Walked In. Smart and moving, this novel of star-crossed strangers pulled together by happenstance does not disappoint.

Jacquelyn Mitchard’s The Deep End of the Ocean had me on the first page and her book, Second Nature: A Love Story, is no different. Fraught with drama, tension, reversals and personal courage, the author writes another tale that haunted me well after I finished reading it.

Romantic and dark in a completely contemporary way, Close Your Eyes also snaps with grit. Amanda Eyre Ward writes with a keen eye for truth amidst plenty of gripping family drama. I loved this book.

No one explores the dark side of suburbia quite like Tom Perrotta. In his latest opus, The Leftovers, a flight into a dystopian future, the author continues his quest illuminating the foibles of American life.

Mind-bending and ambitious are two adjectives that come to mind when trying to describe Alex Shakar’s Luminarium. After his brother/business partner lapses into a coma and the military takes over his virtual reality software company, Fred Brounian becomes a subject in a neurological experiment that promises a spiritual reawakening. Reality and virtual reality begin to blur in this smart and refreshingly of the moment novel.

With two spectacular novels under his belt (The Virgin Suicides and Middlesex), Jeffrey Eugenides dazzles readers again in The Marriage Plot (available Oct. 11). A bit of a departure, but every bit as evocative as his previous works, the author delves into the lives of three friends as they make their way through college and beyond.

Too cool for school, Adam Ross’ Mr. Peanut, begins with an improbable premise and turns you into a believer. This mélange of marriage, murder and meta propels fiction toward the next century.

Two terrific titles from John Burnham Schwartz, Reservation Road and the brand new Northwest Corner work well together or separately. The intertwined tales of a family’s struggle with redemption, tragedy and violence over two generations reverberates with both grace and heartbreak. The author’s writing will leave you fantasizing about a potential trilogy.

Partially based on an incident from Bella Pollen’s childhood, The Summer of the Bear enchants, intrigues and envelops with ease. The story begins with a family fleeing from a mysterious tragedy onto a remote Scottish Island only to find that a domesticated grizzly bear shares their location and unfolds in an unexpected and gratifying manner.

One of our best contemporary writers, Denis Johnson delivers the goods again with Train Dreams. This novella, published in a slightly different form in The Paris Review, draws a deft portrait of both a man and a country at the turn of the 21st century.

We Others offers seven new stories along with the greatest hits from previous collections by a master of the short story, Steven Millhauser. The Pulitzer Prize-winning author paints with words, creating a world where the surreal and mysterious creep into reality.

Italy + canines = two of my favorite things. Justine van der Leun marries these two disparate subjects together to perfection in her charming memoir, Marcus of Umbria: What an Italian Dog Taught an American Girl about Love.