The Ides of March: Evan Rachel Wood is ready to “kick butt.” 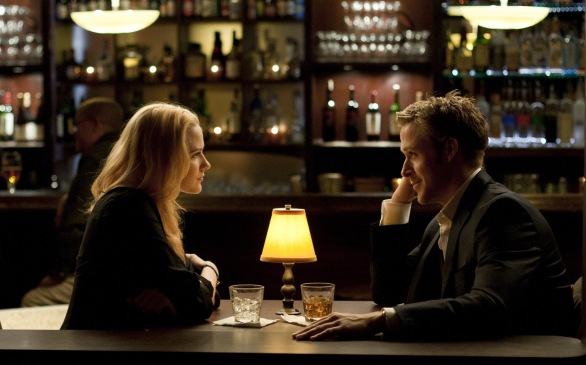 Hollywood is littered with the ghosts of child stars past. For every Jodie Foster and Jason Bateman, there are dozens, if not hundreds, of formerly precocious child actors who weren’t able to make the transition to adult stardom after they reached voting age. Evan Rachel Wood appears to be one of the lucky ones who have been able to successfully make that leap.

Wood has a theory for her successful transition: “I never did young, cutesy roles. I was always kind of doing adult material, so it was easier for me to have an ‘in’ to that world. I was always playing older than I was, so I think that helped.”

She started acting at the age of 5, and her breakthrough role was arguably on the critically lauded series “Once and Again.” She went on to receive more critical acclaim on the big screen in movies like Thirteen, The Upside of Anger, Running with Scissors, Across the Universe and The Wrestler. After enjoying acting success at an early age, though, Wood knew she had had to evaluate her goals when she got older.

“I took time off to really get to know myself – to figure out if this is what I really wanted to do and not just something I was good at. This is a weird business, and it could be here today and gone tomorrow. What [else] would I do? I’ve been doing this my whole life. The only other thing that I was really passionate about was psychology. That’s kind of what I do – I analyze, and I pick people apart. I have to get inside people’s heads. Through that, I’ve become really interested in [psychology]. I’d still actually love to go back to school to study it.”

She might have to put those college aspirations on hold for a while since the past year has been another banner one for the actress with roles in the Emmy-winning HBO mini-series “Mildred Pierce” opposite Kate Winslet and in another HBO production, the cult fave “True Blood.” She will soon be seen on the big screen again in the George Clooney directed The Ides of March, co-starring fellow child actor refugee Ryan Gosling (“The Mickey Mouse Club”).

But don’t assume that fame is going to Wood’s head just yet. “I’m here, so I better be well-behaved so I stay here. It’s been such a great year, and I feel like I’m ready to embrace this as my life choice and stay focused on it and stay committed to the idea [of being an actor]. Now I’m just having fun, and I’m really lucky because I worked really hard to be here.”

In Ides she plays an intern working on a presidential campaign. Surrounded by a cast of heavyweights that include Oscar nominees/winners Clooney, Gosling, Philip Seymour Hoffman, Marisa Tomei and Paul Giamatti, hers is a pivotal role in that her actions set off a chain of events that affects everyone else in the film. As the United States is about to become inundated with the 2012 presidential election, don’t be turned off by the movie’s subject matter however.

“There’s no hero and no villain,” says Wood. “It makes you question. It’s not about politics. It’s about people and games and moral dilemmas. Will you compromise yourself for the greater good?”

After doing dramas and some comedies [possibly including the upcoming It Is What It Is with Sigourney Weaver], would Wood want to jump on the superhero bandwagon?

“I never get offered superhero movies. People have [a preconceived] idea about me. I have a black belt in tae kwon do. I can kick butt. I wasn’t good at ballet,” she admits, “I was always a fighter I guess.”

After a suggestion that maybe Weaver could pull some strings and have Wood cast as the new Ripley [from the Alien movies], she replies, “I would love to be a Ripley or a Sarah Connor [from Terminator 2]. That I would love to do, but [those roles] are few and far between.”

Would you want to bet against anyone who can navigate the shark-infested waters of Hollywood? I sure wouldn’t. And with her black belt, I certainly wouldn’t want to be the casting director to say no to her for a role as a “kick-butt” action heroine.

The Ides of March releases in theaters Oct. 7.