Brea Grant: Luck Be a Lady 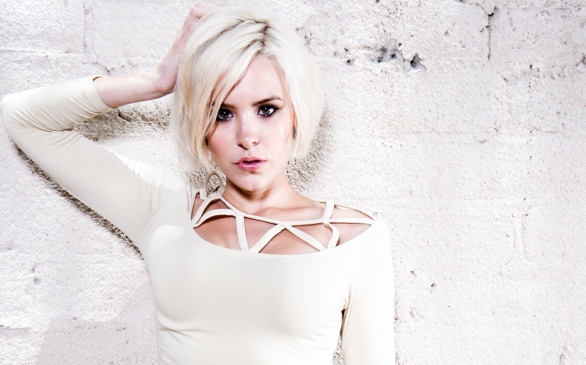 Brea Grant: I acted as a kid in community theater in Texas. I went to college for history, was getting my degree and decided it wasn’t the career for me. I was taking acting classes on the side for fun. I moved to L.A. and wrote my graduate thesis while I lived in L.A. University of Texas was really awesome to let me do this. It was a whim, but a good choice. It’s important to follow your heart. Not that I want to encourage people to drop out, but it’s important to follow your gut instinct.

What are some projects you've done in the past that you see as huge stepping-stones?

“Heroes” is an obvious one and “Friday Night Lights.” “Friday Night Lights” was great because it has a huge fan following with people in L.A. and the industry. I did three episodes of that show, and it led to other projects. When they were writing the role of Daphne on “Heroes,” they wanted to cast me based on the work I did in “Friday Night Lights.” I got a call from my agent about this, and I was blown away. I had still been waitressing when I did “Friday Nights Lights.” Another stepping-stone was this indie horror movie, Midnight Movie. Every role ends up changing you in some way.

I just finished a recurring role on “Dexter.” I’m always writing, and I just wrote a screenplay that I will star in and shoot in Texas. I’m also doing a motion comic book (cartoon) based on Hack/Slash.

(Laughing). I get a lot of advice. Adrian Pasdar who played Nathan Petrelli, the politician on “Heroes,” told me, “Remember that nothing changes you. You can get the biggest part in the world. But make sure that you are happy.” I remember I had just finished “Heroes.” I was trying to pay my bills. No matter what I’m doing at the moment if I’m not happy with me then I’ll never be happy by being on the best show. It doesn’t change your life. You still live in the same apartment and have the same friends (hopefully).

The biggest advice is to go for it. Treat it like a job. People in the beginning treat it as a hobby. Once you make the decision to move to N.Y. or L.A. to be an actor, spend time and put money into your craft. Get headshots and take acting classes. Acting classes are the best things an actor can do. Take it seriously.

breagrant.com where I have blog, and follow me on twitter.com/breagrant. I’m not on Facebook, there are photos but it’s not me. People are pretending to be me.

Wow. (Laughing). Ten years from now I’ll be 40. It’s kind of freaking me out. I would like to be doing what I’m doing now – still writing, producing projects, acting and have my own TV show. I would love to be Marisa Tomei. She’s someone who does awesome movies and is smoking hot. I would also love to have a house in L.A. and somewhere else.

TV Time
(Almost) every show coming to TV this summer. And 29 that aren’t
766 views

TV Time
‘All Rise’ is the first TV drama to tackle coronavirus. Here’s how they did it
425 views

TV Time
‘Every night at 7 o’clock I burst into tears’: TV mentor Tim Gunn is freaked out too
421 views

TV Time
This season, ‘Westworld’ imagines Los Angeles in 2058. Here’s what it looks like
381 views