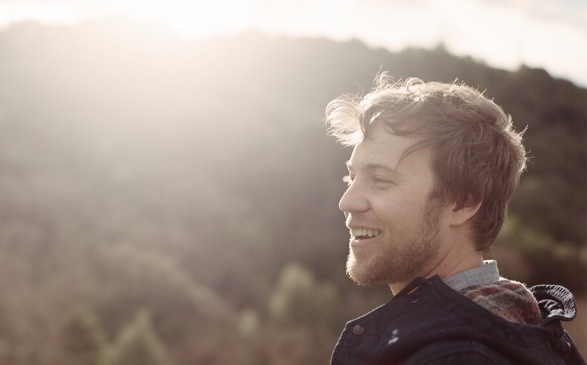 Zach Rogue of Release the Sunbird
With a multilayered sound that’s hard to pinpoint, Release the Sunbird comes off as familiar, almost like a poor man’s Bon Iver. And make no mistake, that statement is a compliment. The band, headlined by Zach Rogue of indie rock outfit Rogue Wave, combines folk, rock and a bit of post-Millennial emo to create a very catchy and upbeat soundtrack. Rogue’s previous band had songs featured on various TV shows and movies such as “Weeds” and Napoleon Dynamite, and I’d venture a guess that we will be seeing the same from Release the Sunbird.

The soothing vocals of band mate Kate Long give the music a decidedly different style. The addition of another sex to the repertoire opens up an immense amount of options for the band musically, and Long goes a long way to making Sunbird more than just a Zach Rogue band.

In fact, it’s really remarkable how well the music all flows together given the incredibly young nature of the band. The end product is more than the sum of its parts. The combination of some surprisingly heavy electric guitar and Rogue’s own rhythms certainly do the part to give the band more of an edge over a traditional acoustic based act.

Naturally, it will take some time for the group to tour and get their name out there, but given the crowd reaction at Hotel Café, this band will have no problem racking up a real great following. An opening gig on the latest Death Cab for Cutie tour can’t hurt either.