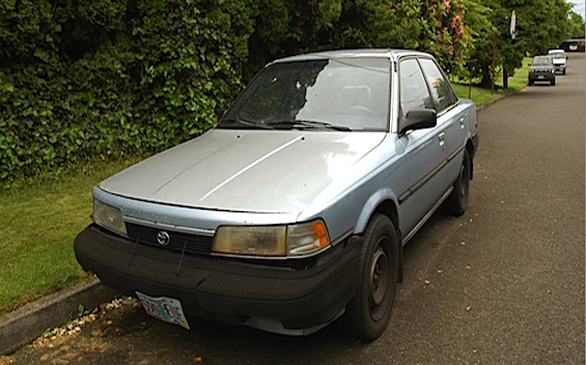 Anyone who follows college sports knows that seemingly everyday, there's another school being hit with NCAA sanctions because of student-athletes receiving improper benefits (see USC, Ohio State, Tennessee, Miami, North Carolina, Indiana et al.). Anyone who follows college sports also knows that the NCAA is about several decades behind in updating its rule book. The latest so-called improper benefit involves Boise State football player, Geraldo Boldewijn. He rejoins the team for their October 7 game against Fresno State after sitting out the first four games for the football powerhouse. His "crime" didn't involve a shady booster or agent nor did it involve receiving pay for a job he never actually held. His "crime": the use of a 1990 Toyota Camry with over 177,000 miles on it. He paid his $700 in restitution and is now allowed back on the field. With college sports being such a big business, rules must be in place of course. But since college sports IS such a big business, and with so much at stake for every athlete involved, the NCAA needs to make sure the punishment actually fits the crime.
Article posted on 10/6/2011
This article has been viewed 1726 times.