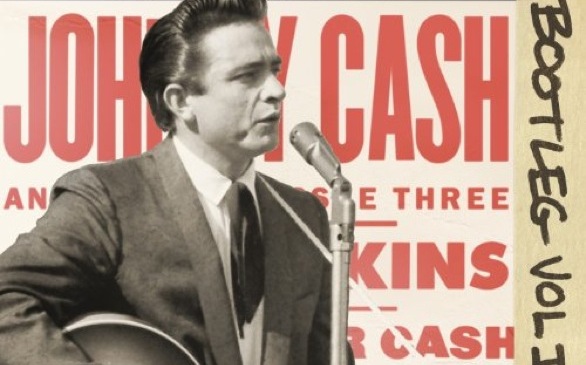 Man of the people that he was, Johnny Cash seemed to be at his best before a live audience, and to this day, his infamous prison shows remain some of his most beloved recordings. This two-CD set skips those shows and collects live performances going all the way back to Cash’s Sun Records days, represented here with takes on “So Doggone Lonesome,” “Get Rhythm” and signature tune “I Walk the Line” cut during a 1956 edition of the Big “D” Jamboree in Dallas.

Those cuts have never before been released. In fact only a handful of the more than 50 songs here have been available before; versions of big hits like “Ring of Fire” and “A Boy Named Sue” are present, but Cash fanatics will flip over inclusions like the Cash/June Carter duet on Carl Perkins’ rowdy “Long-Legged Guitar Pickin’ Man” and chestnuts “(Ghost) Riders in the Sky” and “I’m Just an Old Chunk of Coal” recorded at Nashville’s vaunted Exit/In nightclub.

Cash’s warm, instantly recognizable voice makes this material seem very familiar even though it’s been shelved for decades. Drawn from nearly 25 years of shows, Bootleg III presents the ever-humble Cash at the height of his pre-comeback career.

Bootleg III – Live Around the World is currently available.