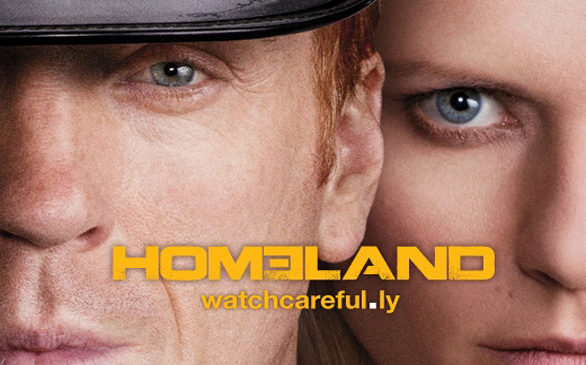 Who is more dangerous? A rescued POW Marine who may be plotting a terrorist attack on U.S. soil as he makes an uneasy return to his home and family? Or an emotionally frayed CIA agent whose suspicions of the returning war hero prompt her to cross a line, thus endangering herself, friends and colleagues?

That dilemma is a key driving force behind “Homeland,” a new Showtime drama that feeds off of the distrust and paranoia of the 9/11 attacks and its aftermath, even a decade later. The series is based on the original Israeli series “Prisoners of War.”

Gordon, who is working with fellow executive producer Alex Ganza, says the series deals with the ever-shifting lines of post-9/11 truth and morality – “and that can change based on what you’re seeing and not seeing.” He adds that the central tension is filled with dramatic possibilities beyond the conflicts of the main characters – or whether the returned war hero is plotting an attack: “Even if he has been turned, it doesn’t mean he’s a terrorist until he commits a terrorist act.” Escalating the tension is Lewis’ noncommittal expression accented by his blue eyes that appear to hide deep, perhaps sinister thoughts.

But “Homeland” centers on Danes, who plays agent Carrie Mathison, a top-notch operative battling more than a few personal demons. The role marks her first TV series since she launched her career in 1994 with the groundbreaking teenage drama “My So-Called Life.” Danes has since starred in several films, including Shopgirl, The Hours, Romeo + Juliet and Little Women.

“I wasn’t looking to do a series,” Danes says during a quick stop in Los Angeles (The series films in North Carolina.). “I had some anxiety – it’s a big commitment, like a marriage. But I thought the script was excellent. When I met with Alex and Howard, they were incredibly smart, creative and collaborative people. I figured I could take the risk. I knew I could have a seven-year conversation with them.”

Increasing her excitement is Carrie’s edginess: “She’s not immediately likable, she’s extremely exacting of herself and others. And she’s an unreliable narrator. Carrie is really struggling, and I think she’s doing it valiantly. I have a lot of empathy for those people who are unusual and maybe marginalized.” Danes adds that viewers will see a different side of her, inhabiting a character that isn’t above using her sexuality and physicality.

“I haven’t played many adult characters, that’s why people haven’t really seen that side of me. But Carrie is a woman, and she’s strong and unapologetic, and she is sexy, and she uses that as a tool. It doesn’t seem strange to me – I have more experience with it in life than in characters I’ve played.”

Still, she is a little nervous. Even though it’s an ensemble, she is the face of the show.

“It’s really daunting, I know I’m going to be on buses. But I’m really trying my best and working my hardest, and I’m stimulated. So that’s got to be good.”