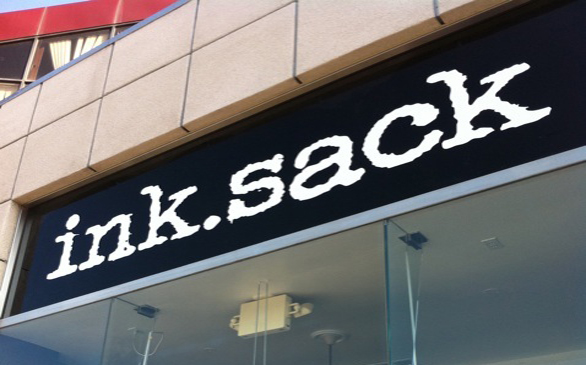 Foodies and culinarians alike have no doubt heard of the reputed chef, Michael Voltaggio. An inspiration to young aspiring chefs, Voltaggio started his journey in the culinary world at the ripe age of 15 working at restaurants and quickly picking up the tools of the trade.

He soon enrolled in the exclusive Greenbrier Apprenticeship Program, where mentors guided him to build his international fine-dining techniques. Voltaggio’s strong penchant for unique flavor profiles and techniques landed him a position at the Ritz Carlton in Naples, where he learned how to marry the two talents. Through the years, Chef Voltaggio has worked for and with some of the most renowned names in the industry, and he earned a coveted Michelin star.

For those who know him from his Season 6 win on Bravo’s “Top Chef,” and if you watched that season, I’m sure you have been following his plan to open his first restaurant here in Los Angeles. This year, as Voltaggio was preparing for his casual or L.A. translation/interpretation of fine dining, Ink, many delays hampered the grand opening, and Ink.Sack, a tiny sandwich spot off Melrose Boulevard, came to fruition in July 2011.

While it is just a sandwich shop, Voltaggio of course stepped up the game from your mundane pastrami on rye/club sandwich varieties. In fact, those sandwiches are nowhere to be found on the menu.

Pastrami is now a spicy corned beef tongue, with kraut, Russian dressing and cider infused cow’s milk Appenzeller cheese. The nutty cheese, when paired with the tongue, packs a nice “Reuben” touch. Tongue might take a bit of getting used to, especially if you’ve never eaten lengua tacos, but it can be compared to brisket.

If that sounds a little too rich for your taste buds, don’t worry, there’s plenty more to love at Ink.Sack.

My favorites so far have been the spicy tuna albacore with a hint of miso and sriracha mayonnaise (mmm!). Albacore is a very mild tasting fish, and I’ve always asked for a side of sriracha when ordering my sushi – who knew it would now be featured in a delicious sandwich, with a nice salty layer of miso and pickles in the mix?

It’s a draw between the Jose Andres, named after Chef Voltaggio’s former boss at the Bazaar at SLS, and the turkey melt. The Andres, aptly nicknamed “the Spanish godfather” is all the things we love, Serrano ham, chorizo and pork tenderloin (lomo) with one of the best cheeses this side of the continent: Manchego. This sandwich is about as close to butter as you can get, enveloping your palate with savory and slightly sweet flavors.

The sides, or snacks as they are listed, are eclectic but approachable. Maryland Crab Chips, barbecue pork rinds or fruit with chili are nice additions to your meal, but totally not necessary.

The sandwiches are Ink.Sack’s moneymakers, though a few can probably be tweaked just a tiny bit. The cold fried chicken sandwich for instance is exactly how it sounds, and it’s good that the skin is indeed crisp. But it does really trick the brain, as most are used to this being a hot dish. It’s not something I wouldn’t try again.

The only sandwich I couldn’t muster up strength for was Voltaggio’s version of the B.L.T., called the C.L.T. Made with chicken liver mousse, crisp curry dusted chicken skin and lettuce and tomato. Liver is an acquired taste, and I have to be in the mood for it.

Ink.Sack’s sandwiches run from $4 to $6, and the sandwiches are fairly small so you’re encouraged to order two. Don’t worry too much about the budget, as you’ll still be spending less than $20 for sandwiches, side and a drink.

It’s really kind of a stand-up-and-eat type of place so if you’re not prepared for that, pick them up on your way to the library to study for that dreaded exam.

Be forewarned. Arrive on the early side because once they’re out of sandwiches, they close.