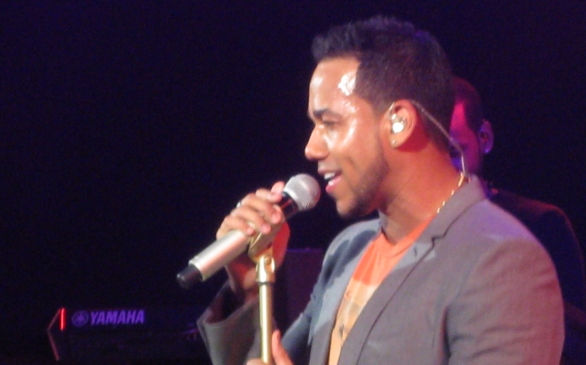 (Credit: Marvin Vasquez)
Romeo Santos is back, and this time he looks and sounds even better than before. The former lead singer of the highly successful bachata quartet Aventura, Santos gave a private bachata show to L.A. fans in West Hollywood.

Dressed in fitted dark blue jeans, light brown formal boots, a salmon colored shirt and gray sports coat, Santos amazed. He has always been known for being a remarkable dresser, but his voice is what differentiates him from other such music artists.

The hour-long show began with his new solo single named “You,” an instant classic that can give you goose bumps with its first lyric. Santos continued the night with some of Aventura’s most recognizable tracks, including “Dile Al Amor” (Tell Love) and “El Perdedor” (the Loser), before closing out with his duet with Usher titled “Promise.”
Article posted on 10/11/2011
This article has been viewed 2376 times.