Kim Bubbs: Getting to Know The Thing’s Rising Star 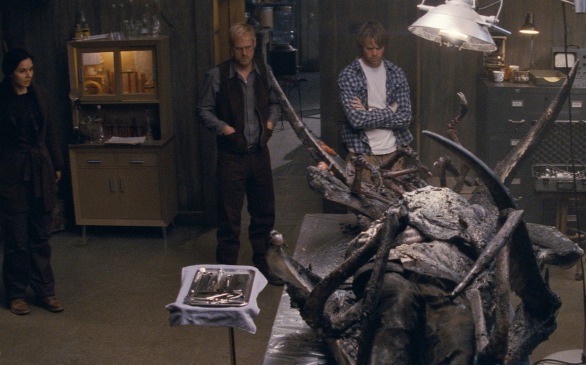 Canadian actress Kim Bubbs is on the verge of taking over the world. She has two highly anticipated films coming out: a prequel to John Carpenter’s cult favorite The Thing and the film version of Jack Kerouac’s classic novel On the Road. Many are predicting huge things for this talented up-and-coming actress. But at the end of the day Bubbs is a down to earth person dedicated to her craft and humbled by the life changing opportunities that she’s been presented with. In other words, she’s the actress you root for.

Kim Bubbs: I got involved when I was 5 years old. My mom was French-Canadian, and I grew up outside of Toronto. I did French theater in Toronto. I was smitten, and I loved it even though I was a shy kid (laughing). Theater helped me overcome my shyness.

What are projects you've done that you see as huge stepping-stones?

I did a series for HBO in Canada called “Bloodletting and Miraculous Cures” based on book that won Canada’s version of the National Book Award. I played a burned-out nurse in the medical drama, and that was a pivotal moment in my career that helped launch me.

I have a film coming out called On the Road that’s based on Jack Kerouac’s novel of the same name. It’s directed by Walter Salles, who also directed The Motorcycle Diaries, and it has an amazing cast. I’m very excited about the film!

The movie is set up so that it’s a road movie. As a result Sam Riley’s and Garrett Hedlund’s characters are interacting with different people along the way. Working with them was amazing. They are so wonderfully talented.

Working on The Thing was a cool moment because it was a big production with crazy special effects. It was great to work with an international cast. Half of the cast was Norwegian. Working with Walter Salles [on On the Road] was also such an honor because he’s so thoughtful and meticulous in his approach. He’s an amazing director.

I went to theater school. I see the value in studying and having a theater background. The most important thing is perseverance. It’s a tough business. In my case, it’s a career that chose me. I have such a love for what I do, and it doesn’t feel like work. You need to have that because it can be so tough. You’ve got to really want this and stick it out.

Where can fans check out your work?

I have a Facebook page, and I’m on Twitter: twitter.com/kimbubbs. You can also Google or IMDB me to see projects I’ve done.

I still want to be doing what I’m doing now. I hope to have more incredible opportunities to grow as an artist and an actor. I love variety. I would love to challenge myself by working on a variety of projects and to push myself as an actor to grow. You learn so much in this industry when you portray different characters. Every project is like stepping into a whole new universe where you can learn so much.

I would love to work with Woody Allen as a director. I love his older films. There’s both a silliness and brilliance to them that I love. I would love to work with Helena Bonham Carter. She’s incredible! Cate Blanchett is amazing in anything she’s in. Johnny Depp is a total chameleon. I respect his choices as an actor. There are so many awesome actors out there, and I would feel so fortunate to be able to learn from them by working with them.

The Thing releases in theaters Oct. 14.