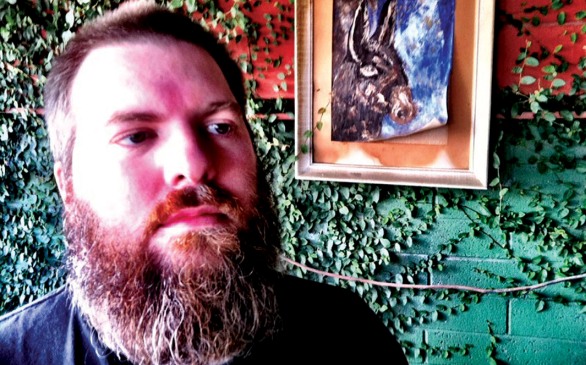 Rob Crow of Pinback, Alpha Males, Other Men, Heavy Vegetable, Three Mile Pilot and about 11 other bands is making music again, with his fifth full-length solo effort, and he’s eclectic as ever. Crow, a master of the rhythm heavy math (progressive) rock genre, picks up where his 2007 release, Living Well, laid the groundwork for his affinity of blending heavy, dream inducing melodies with lyrics that are light. The single currently being streamed, “Sophistructure,” which happens to also be the first track of He Thinks He’s People, has a tinge of sound from Crow’s main project, Pinback; but with his free will to make songs with ever changing breaks and tempos, He Thinks He’s People is definitely all Rob Crow.

The fact that none of the tracks are longer than three minutes is not an indication of anything - He Thinks He’s People is meant to be a short and whimsical journey. It’s fun on the verge of pop, like “I’d Like To Be There,” two minutes of a rant against incessant cell phone users at the theater and while driving. Crow’s voice is such easy listening, it doesn’t even sound like he’s berating anyone, and the music is catchy.

“Pat’s Crabs and So Way” easily could fit in the catalogue of XTC’s discography; in fact I wouldn’t be surprised if Andy Partridge and company was in rotation while Crow was writing. All in all, this album is a great progressive rock effort and deserves more than a couple listens, if only to decipher the humorous lyrics.