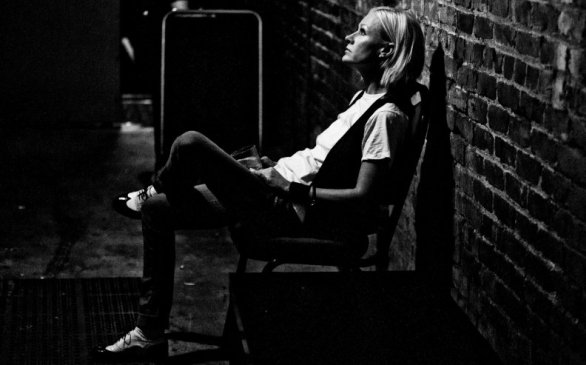 A dozen years ago Lynne grabbed the spotlight with I Am Shelby Lynne, an excellent and highly praised set that had critics comparing her work to that of Dusty Springfield, one of the most-respected female blue-eyed soul/pop singers ever. Many of Lynne’s fans have spent the past decade or so waiting for her to do an album in a similar vein, but with each subsequent release Lynne gets a little farther away from Springfield, instead cutting songs in whatever style she feels like at the time.

Having fired her producer a few albums back, Lynne now self-produces so no one is telling her how her songs need to sound; of course no one knows better than her. A good portion of Revelation Road finds Lynne in a very relaxed mood; some will hear songs like “Toss it All Aside” and “The Thief” as coffee shop fare that’s perhaps a bit too mellow, and others will notice that Lynne is sounding more and more like her sister Allison Moorer, especially on “Lead Me Love” and the sublime “I Don’t Need a Reason to Cry.” There’s still a little Dusty-love present in the form of “I’ll Hold Your Head,” “Woebegone” sounds like a tribute to the Band and “Revelation Road” vibrates with a spooky element of swamp rock. Don’t expect everything to sound like Memphis, old fans, but now’s the time to come home and hear what Shelby’s got cookin’.