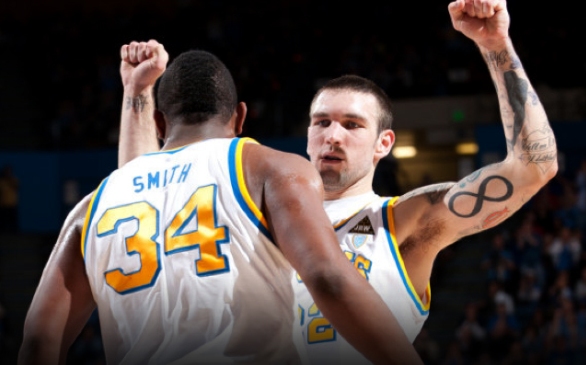 The ESPN/USA Today Coaches Poll Preseason Poll for men's basketball was just released this morning and three Pac-12 teams were included. UCLA was ranked #20, while fellow Pac-12 schools Arizona and California were ranked #16 and #24 respectively. It looks as if the Big East and SEC might be the leagues to beat again as they each placed three teams in the top 10. Here is the Coaches Top 10:

UCLA earned their ranking on the strength of having 2 players named to the Wooden Award Preseason Top 50 list, junior Reeves Nelson and sophomore Joshua Smith.

California also had two players named to the list, sophomore Allen Crabbe and senior Jorge Gutierrez. No other Pac-12 players were named to the Preseason Top 50.