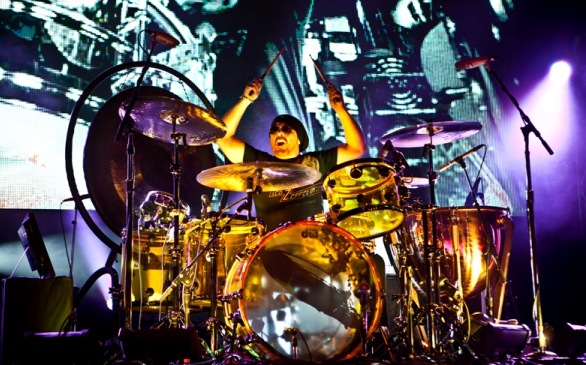 LedZepExp.jpg
(Credit: Chelsea Lauren Photography)
Well, it happened. The ghost of Led Zeppelin descended onto Los Angeles in the form of one of the best tributes I’ve ever seen.

The fact that these musicians can get up there and not only recreate the classic songs, but add life to them and evoke what was once one of the most unstoppable forces in music is a feat all its own. Helmed by John Bonham’s son, Jason, this ensemble ripped through the Greek Theatre like a jet with no plans of stopping.

They did two sets, and the crowd still wasn’t satisfied. Singing along the whole time, it felt like the audience took the place of any missing members who couldn’t be there to rock the house. Even during the slower tunes, the intensity was still there.

Just before the finale, there was a stirring reminder of what kind of music scene is out there today and where this music has taken us, how straight-ahead rock is one of the most raw forms of art on the planet today.

The setlist was hard to beat. Starting out with “Rock and Roll” and then going right into “Celebration Day,” they got the place moving. Then wrapping up the first set with “Dazed and Confused” and a slick bridge into “Moby Dick,” they set the tone for what was coming in the second half – pretty much a barrage of hits that brought out everyone’s inner Robert Plant. It started with “Ocean” went “Over the Hills and Far Away” and then wrapped the night up by taking “Stairway to Heaven” right into “Whole Lotta Love.”

I don’t think there wasn’t a person in the venue not screaming out the lyrics to the finale, and that just goes to show the power of what great songwriting can do.
Article posted on 10/24/2011
This article has been viewed 1428 times.