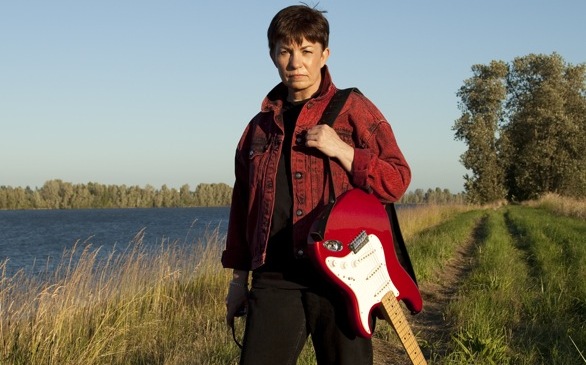 Fans of twangy, echo-drenched bands like the Aqua Velvets or Los Straitjackets will find a kindred spirit with Susan Yasinski, better known as Susan SurfTone, one of the few female surf-music lead guitarists. The Portland, Ore.-based musician released more than a dozen albums as leader of Susan and the SurfTones and now she’s debuted her new, self-titled solo album which hearkens back to the glory days of ’60s surf music with contemporary, surf-revival touches such as Farfisa organ and other garage rock elements.

The material is chockablock full of strong melodies on tracks like the Doors-quoting “Shore” and the dance-along number “Checker” as well as classics-in-the-making cuts like “Tide,” “Chance” and “Subduction.” Yasinski is also a supple interpreter of other artists (The Surftones released two Beatles cover albums.) and concludes with a smoldering, lengthy rendition of the Doors’ “Riders on the Storm,” a fluid tune which deftly merges surf and ’60s rock.