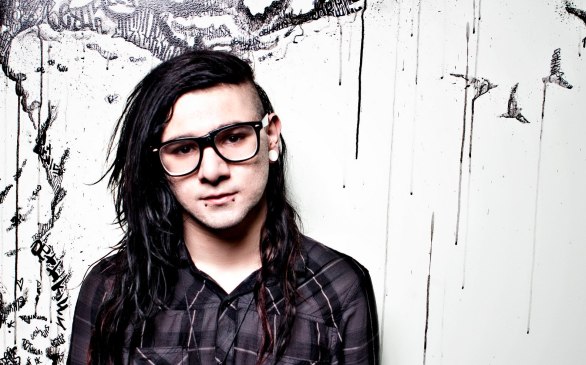 If you can’t make it to HARD Haunted Mansion, blast some Skrillex at home.

There’s not another time of the year when you can get away with playing dress up and eating candy. We’re obviously past the age where trick-or-treating is fashionable, but that doesn’t meant the spookiness of Halloween should be lost. A few albums in particular can help you set up the mood for a Halloween party, get-together or solo songfest.

The following albums include tracks that are quite creepy while containing some easily danceable sounds. A Halloween soundtrack doesn’t necessarily mean pre-recorded screams and witch cackles – it can be so much more.

Naturally, Rob Zombie and Halloween can’t help but be associated with one another. This musician and director has crafted quite a few complex, creepy and captivating tracks that have most likely made it on to many a Halloween playlist. Hellbilly Deluxe includes a few of these eerie gems, including “Dragula,” a high-energy track that makes for good inspiration for a wild mosh pit. Here, Zombie’s vocals are especially aggressive, and the song only grows in intensity as it progresses, taking you on a musical ride that leaves you reeling after a few minutes. “Living Dead Girl” is a Zombie classic, with short lines that mention things like “bring[ing] a giant down” to a girl “dripping with sin.” Zombie’s themes might be a little too creepy, but most of his tracks are surprisingly danceable – as long as you don’t take the lyrics too seriously.

The enemy of many a teenage parent, Marilyn Manson can somehow both create a creepy persona and comment on society in one song. Not to mention the fact that these tracks will get you bopping your head with extremely heavy and fuzzy guitar noises. “Beautiful People” is probably the most famous track from this album and is three minutes and 38 seconds worth of carefully crafted lyrics and eerie sounds. If you listen closely, the track has a message that is easily missed, but if you just listen to it for the sake of a creepy voice and hard rock sounds, it doesn’t disappoint. Antichrist Superstar caused quite some controversy, but on Halloween night it can just be good to have on while you scare unsuspecting trick-or-treaters or dance like a madman or woman. Surely Manson would approve.

Skrillex is a star in the dubstep and electronic dance music scene as of late, but even some of his most famous tracks have a hint of creepiness. From the album title alone it’s obvious that Skrillex is creating tracks that, though probably humorously, have a little bit of horror mixed in with tantalizing dubstep beats. “Kill Everybody” is a track about exactly what its title refers to, with one creepily deep voice complimenting a high voice in a harmony that screams Halloween. The first verse then crescendos into dubstep and electronic noises that are enough to get any dance music fan shuffling and grooving along. “Scary Monsters and Nice Sprites” is also worth a listen, as it has a slower beat that takes the dark dubstep sounds into another realm altogether. The album is also a good one to play if you’re disappointed about not being able to make it to HARD Haunted Mansion. You can just make your own house sound haunted.

To the mainstream music lover, most metal bands have a reputation of being loud, frightening and far from understandable. But this is not always the case, especially when it comes to Korn. Many of the tracks on Follow the Leader could be characterized as a little creepy, but the groovy bassline and drumbeats of the tracks, along with Jonathan Davis’ passionate voice, make for some intriguing, strangely danceable tracks. The album includes the classic “Freak on a Leash,” a track about heartbreak with a sick, convention-defying bridge in which Davis shows off his unique talent for whatever it is he calls his brand of noise-making. “Got the Life” is an equally dark but groovy track with a more playful tone. The rest of the tracks show why and how Korn rose to more mainstream success and are sure to put you in the Halloween mood. Just don’t let the somewhat dark lyrics get you down too much.