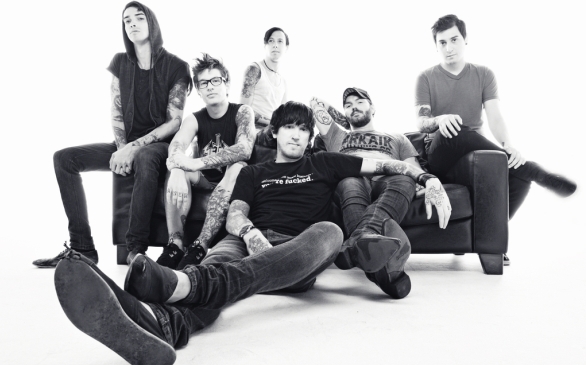 Alesana makes a stop at the House of Blues Nov. 3.

Alesana: A Place Where the Sun is Silent

“Ladies and gentlemen, please take your seats. The story is about to begin.” These words, spoken by an unknown announcer to a murmuring crowd, is what kicks off Alesana’s fourth full-length, A Place Where the Sun is Silent. The album is inspired by the poem “Dante’s Inferno” and is broken into two segments, The Gate and The Immortal Sill.

“Being as conceptual as we are I’m always seeing the big picture months or even a year before the album comes out,” says Alesana’s Shawn Milke. “It’s something that’s an ongoing process for me; in fact I’ve already started writing for the next record and this one has just come out.”

Alesana is currently on the Motel 6 Rock Yourself to Sleep Tour, and you can hear some of A Place Where the Sun is Silent played live when the tour rolls into the House of Blues Sunset Strip on Nov. 3 and the Glass House on Nov. 4.

Leave it to a band like Korn to continue to reinvent itself two decades and 10 albums deep into its career. The Path of Totality, due out Dec. 6 on Roadrunner Records, is an experimental album that finds Korn shifting gears and exploring new territory by utilizing some of the most important emerging producers on the electronic music scene.

The band says that The Path of Totality will still have the definitive Korn sound even though the offering is heavily-stacked with contributions from dubstep and deep bass stars like Skrillex, Feed Me, Excision, Datsik, Noisia, Kill the Noise and 12th Planet. The album’s corresponding fall tour will also highlight Korn’s new direction; dubstep DJs Datsik and Downlink and live act Dope D.O.D. will open each show on the P.O.T. Tour. No Los Angeles area date has been scheduled yet, but additional P.O.T. stops are slated to be announced soon at Korn.com.

OMG! Call your BFF! You’re totally going to LOL, not to mention groove and sing along when you check out Pat Campo’s new addition to the text-speak lexicon, “JTITM.” The abbreviation is short for “Just Text it To Me,” which also happens to be the name of the debut single from the singer-songwriter’s new five-track EP of the same name. And while JTITM may not catch on as text-speak, a video for the song is getting tons of views on YouTube and elsewhere. The Los Angeles-based Campo says the song and video were inspired by the late Steve Jobs, and three iPhones are the “stars” of the short film.

“Though I conceived and shot the video for ‘JTITM’ long before Jobs passed away, I would be happy if people appreciated it as a tribute to the man and what his work meant to me,” says Campo. “While slightly tongue-in-cheek, it’s a true celebration of the current generation and how we communicate.” See the video at PatCampo.com/videos.

The latest L.A.-based industrial heavy metal band ready for the big time is Edge of Paradise, a foursome that only got started this year and that’s fronted by singer Margarita Monet. Monet and guitarist Dave Bates got the idea for Edge of Paradise while they were doing session work together for another act.

“Musically, Dave and I just clicked,” says Monet. “During one of the sessions Dave asked me if I would like to sing on some of his songs and from that day forward Edge of Paradise was born.” It didn’t take long after that for the duo to garner some serious attention from the likes of Robin McAuley, the former MSG and Survivor singer who guests on the group’s debut album, Mask. Bass man extraordinaire Tony Franklin (the Firm) and in-demand session drummer Gregg Bissonette (David Lee Roth) also appear on Mask, just released on the Shredrock label. Catch Edge of Paradise live at the Marquee 15 in Corona on Oct. 28.

All six Deftones studio albums plus their 2011 Record Store Day release Covers are included in The Vinyl Collection 1995-2011 box set that was released this week. If you would like to own the collectible wax collection, you need to get on it; only 1,000 copies were pressed. deftones.com