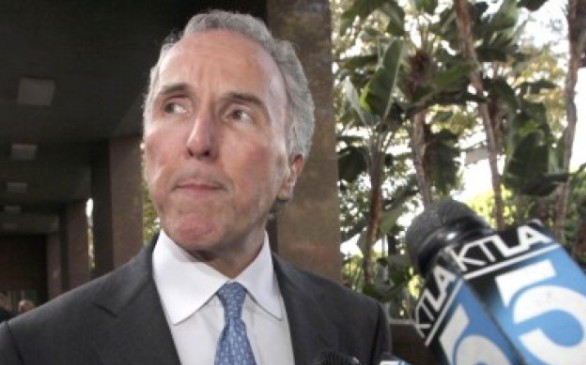 The embattled Dodgers owner has had another litigious week. According to the Los Angeles Times, on Monday, Major League Baseball filed papers alleging that McCourt stole $186 million from the club - $73 million in parking lot revenue through a separate company, $61.16 million to pay personal debts and $55 million for personal distributions. MLB states this is the primary reason that the Dodgers are in bankruptcy. McCourt and his lawyers claim that MLB commissioner Bud Selig approved the parking lot deal and shares culpability in the bankruptcy due to his rejection of the new television contract.

On Tuesday, the Dodgers issued this statement: "Once again, MLB has mischaracterized the facts with inflammatory allegations that are not supported by the evidence," it reads. "As the Commissioner knows and as our legal documents have clearly shown, he approved and praised the structure of the team about which he belatedly complains. We look forward to the opportunity to show the truth next week in court."

Then this morning, a lawyer for McCourt and the Dodgers filed a complaint against the two men, Marvin Norwood and Louis Sanchez, currently charged with the Bryan Stow beating. The complaint states that those two men, and not McCourt, should be held liable in the suit filed by Stow's family in May. Sanchez and Norwood are scheduled to appear in court on November 4.

Between the opening day beating of Stow, the protracted court battle between the McCourts and being out of the playoff hunt early, 2011's attendance was the lowest since 1992. In a proactive move, Dave Siegel, the Dodgers senior director of ticket sales announced on Monday that all season ticket package prices for 2012 were being slashed, the first time that Siegel can recall that this has been done.