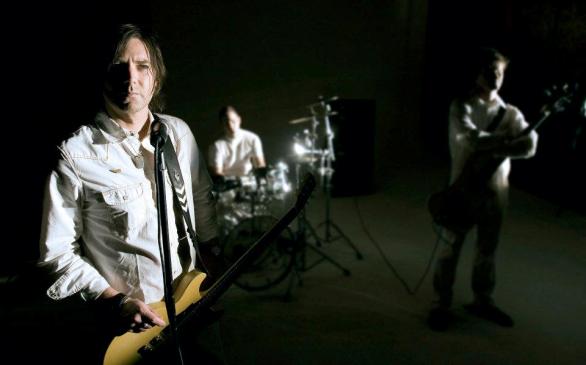 Paul D’Amour has spent the last decade or so composing music for television and film, but he was a founding member of Tool and the release of this full-length Feersum Ennjin album represents his return to commercially available music.

Opening track “Fishing Grounds” is a mash-up of the bass-heavy Tool sound with the soaring melodic prog rock favored by bands like Yes. D’Amour played such a big part in the formulation of the Tool sound that it’s only natural to expect similar here, and songs like “Dragon” will not disappoint the Tool faithful.

On the other hand, tunes like “Solid Gold,” the piano-highlighting “U-Boats” and the Alan Parsons Project-recalling “Magus” are far more sublime and understated than anything Tool has done; the songs disprove the notion that Feersum Ennjin finds D’Amour cannibalizing his own work.

The album doesn’t rely on synthesizer noodling either; album closer “Thin Air” is a mesmerizing three-minute synth voyage, but mostly it’s guitar, bass and voice that makes Feersum Ennjin such a pleasure to listen to and a strong contender for prog rock album of the year.